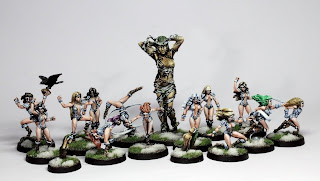 Today I show you a few more shots of the most recent Blood Bowl team commission along with the finished Treewoman and the two markers. 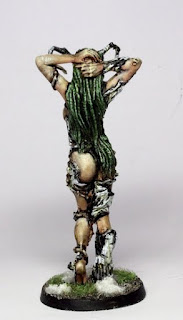 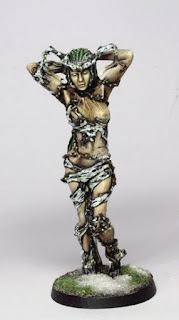 Hope you like them. I was partial when I started paiting the girls but I really like this team now. Painting Blood Bowl teams is always fun, especially when it's as cheery and pretty models as those. I'm not sure if you can see it in the pictures but the running elves have this big, wide grin on their faces. There's some hoar frost on parts of the treewoman but I'm afraid it doesn't come out as well in the pictures. It's more of a subtle, glittery effect. Anyhow, as I said: great models by Greebo. 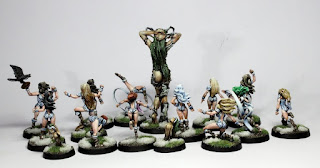