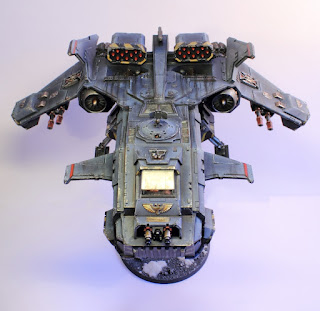 Look, it's a Space Marines flyer! 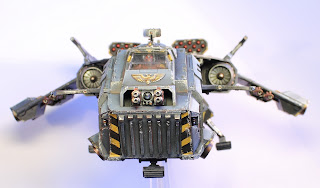 Naturally we saw quite a lot of flyer releases recently and of the SM ones, this subjetively is the most attractive one to me. As I said before, I kinda like the Storm Talon and I'm generally pretty okay with the Storm Raven but this one is a whole different thing. It's bulky and big enough so the amount of weapons doesn't look too off or is too concentrated in one place. 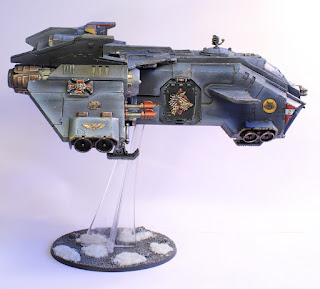 Essentially it's a baby Thunderhawk and that's nice. 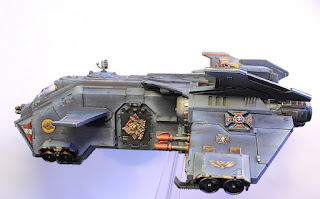 And just to put your mind at ease: When this one was recently released by Forgeworld and the two first things that came to your mind, as they did come to mine, were A.) the awesome classic that is Storm Eagle's theme from Mega Man X and B.) That this thing looks a lot like the Avenger from UFO:Enemy Unknown it doesn't mean that you played too many video games. It means that you played the right ones. ;) 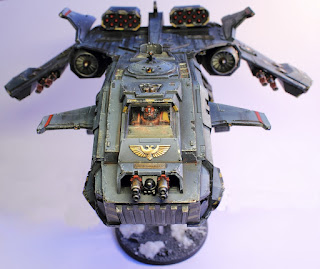 I thought I'd save something speacial to post on my birthday. It's a fun kit, at first I didn't notice at all that it's essentially a Storm Raven upgrade kit but a really good one. As for the painting, once again it's the reds and hazard stripes that make the model work for me. Hope to hear some feedback from you guys and that you like the model of course. :) 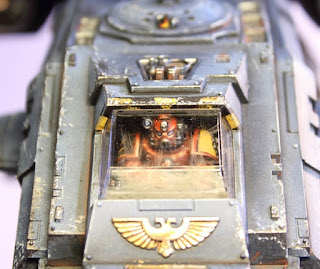