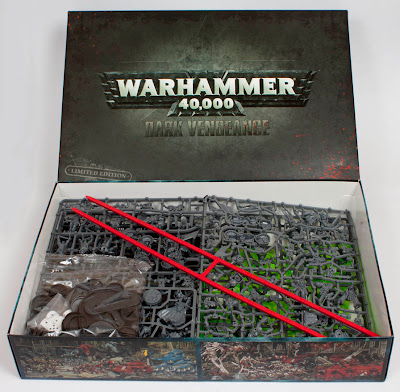 Today is a special day for hobbyists. We get to enjoy that rare treat that is new box smell. That's right, grab your copy of Dark Vengeance now and breathe it in. It's good isn't it!  Now read on for the Tale of Painters review of Dark Vengeance. 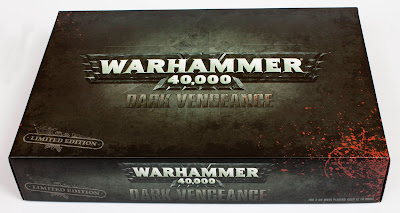 Games Workshop's game boxes aren't mere packaging, we keep the boxes of our games to keep all the components nice and safe. If you're a collector like me then you have a pile of games in their original boxes and the older ones are a little dog eared around the corners. When Space Hulk and Dreadfleet were released they used a much thicker card for the box and gloss laminated it for extra strength. Sadly this box is the more flimsy card. It has been matt laminated and the blood and logo has been gloss laminated, but it's barely noticeable and it wouldn't have been worth the extra printing cost. The first picture shows the open box which has pictures of some of the other races from 40k depicted in battle scenes on the long edges and models from this game printed on the short edges. 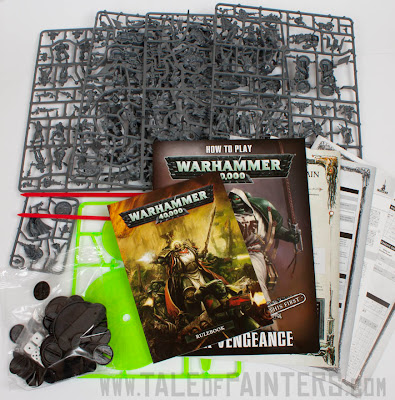 So what do you get in the box? If you have the Limited Edition then you get six sprues one of which is the classic green templates. Four sprues have all the models on and the sixth smaller sprue is the Limited Edition Interrogator Chaplain Seraphicus who also comes with his own double sided A4 laminated card with full rules and assembly instructions. You also get bases, dice, rulers, a full colour mini rulebook, a full colour how to play guide and some reference sheets.

I'm going to break the rest of the review into two sections. The Hard Stuff and The Paper Stuff.

This single sprue character is a massive hint by Games Workshop that Warhammer 40,000 will be getting plastic characters in fixed dynamic poses like Warhammer Fantasy has been getting for the past couple of years. This Chaplain is the only model to get a detailed sculpted base (the Hell Brute has a flat 60mm base and not the more traditional detailed Dreadnought base). 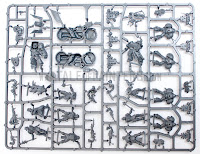 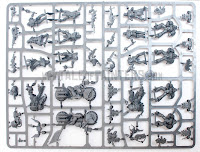 This sprue is included twice. 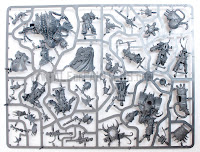 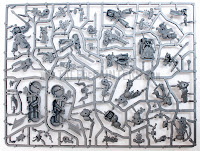 The above sprues are front and back shots of the three different model sprues (don't be fooled into thinking you're getting six different sprues). The first sprue is added twice, so you get four sprues in total. This twice included sprue is the reason that you find some repeated poses amongst the models included in the box. They really have done well on cramming all the models in. They have even added base details to the sprues so you can add skulls, spent ammo cases, cracked helmets and decapitated cultists to your models bases. A really nice touch! I found a tiny piece of model in the bottom of my box. It has snapped off from the sprue. I'm yet to work out which model it is from, but it should be easy to fix. Just be careful in case your sprues has the same problem. 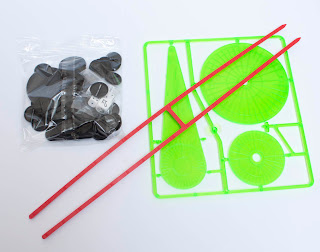 The bases are bagged up with the dice. You get two range rulers (my childhood name for these are thwacky sticks, and have fond memories of thwacking my younger brother with these). The templates are the same ones you got in 4th and 5th edition. 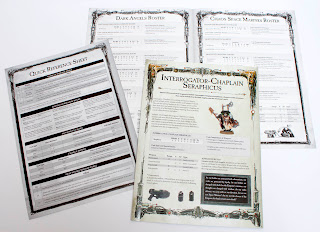 Firstly I'll touch upon the reference guides. There is the laminated card for Chaplain Seraphicus, a two page reference guide printed on a thin cheap paper which comprises of the turn sequence and some useful tables then there is a four page guide printed on the same material as the two page guide. The outer pages are identical to the two page reference guide. The inner pages are the Dark Angel and Chaos Space Marine Roster so you can get the stats for your models. Sadly there are no points values, so we have no idea the cost of a Hell Brute or Cultists. Hell Brute is basically a Dreadnought rules wise, but has a powerfist instead of a Dreadnought Close Combat Weapon. Kranon the Chaos Lord has Aura of Dark Glory (5+ inv save), I've never heard it called this before, so that is probably in the next Codex: Chaos Space Marines. 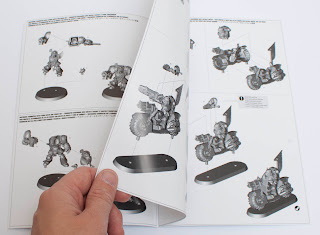 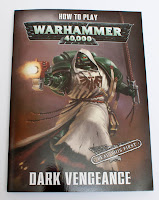 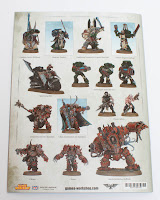 The How to Play guide is for beginners, but it is actually really useful for people going from 5th edition to 6th edition. I would recommend reading it if you haven't read the rules yet. It's laid out in a really nice way.

After the welcome pages, the next 23 pages are playing a game. You can actually play the game as you read through the booklet. 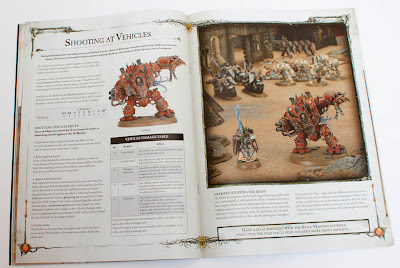 The player turns are occasionally broken up with a couple of pages of rules explanations like the shooting at vehicles pages above.

There are some fluff background pages which are useful for beginners to get an overview of the setting the game is set in. This is just generic fluff and not specific to the Dark Vengeance campaign. After the background there are 6 missions to play through. Some of these are solo missions which is a new concept for Games Workshop. The missions are simple and easy to follow with clear instructions and diagrams for set up. The missions like the fluff lack any background setting for the campaign. This is a shame. If you want to know more about Dark Vengeance then you have to buy the £12 hardback Novel from Games Workshop. White Dwarf didn't have that much background fluff either, but did have an extract from the Novel. 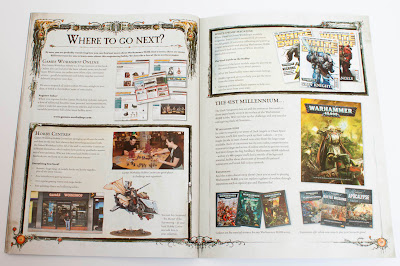 At the end of the booklet you get the where to go next? section. It points you in the direction of Online, Hobby Centres, White Dwarf (subtitle says - The Vital Guide to the Hobby - Oh how I laughed) and finally it mentions Expansions and Codices. It fails to mention the iBooks they've been releasing. 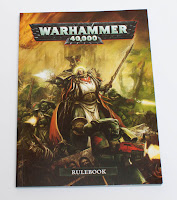 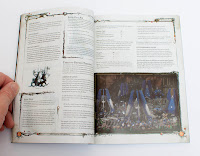 The mini rulebook is the godsend that gamers just can't live without. No more potential hernias lugging that massive rulebook around. This mini rulebook is 156 pages and full colour throughout! It's the full rules that you get in the main rulebook including the main missions, rules for buildings, all the model profiles and the psychic powers. 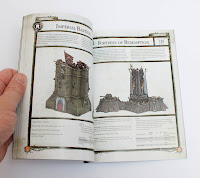 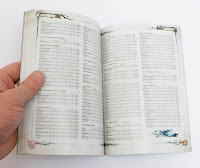 Interestingly enough the profile pages don't include the Hell Brute or the Cultists. Would it have been too difficult to add a couple of lines of text to the mini rulebook? For a more in depth review of the Rulebook you can read Stahly's review by clicking these links: Part 1 and Part 2.

The models are gorgeous and lavished with detail. This is fantastic for veteran gamers and painters. These are the best pushfit models Games Workshop has produced. They've improved on the Space Hulk models in my opinion which was the benchmark in what Games Workshop are capable of. The Tactical marines don't look like push fits anymore which is a huge improvement over the 2nd, 4th and 5th edition. It is a shame the Space Marines are Dark Angel specific but this won't stop determined hobbyists converting them for their own chapters.  However, too much detail might put off new painters. I don't see it being a huge problem what with the range of shades, washes, drybrush compounds, base colours and layers you can now get to make life easier. New painters never had it so good for painting models quickly!

This leads me onto a massive problem with Dark Vengeance. A problem deliberately created by Games Workshop to push up sales of their iBook apps. There are no guides to painting any of the models in Dark Vengeance. There isn't even a list of paints you need to buy on the back of the box. This won't effect established painters, but is a real shame for new players. Have no fear though! Tale of Painters will be putting up some tutorials on how to paint your Dark Vengeance models soon.

This trick to get you to buy White Dwarf and the How to Paint Citadel Miniatures book/apps is mirrored by the lack of background information on the conflict happening on Bane's Landing which means you have to buy the Novel if you want to know more. Sneaky merchandising techniques that leaves a sick feeling in my mouth, spoiling that new box aroma I was enjoying at the start of this review.

Is it the greatest version of 40k ever? Well, I'll let you guys answer that in the comments below.

Please note: we took all of these pictures ourselves, please don't reuse without permission.

If you were unsure yet and this post convinced you to get your copy of Dark Vengeance, be quick because the limited edition is running out fast. At Wayland Games you can still order the limited edition at a 10% discount, the regular edition will be available soon at their usual 20% discount. Total Wargamer, which offered the limited edition at 25% off, don't take anymore orders for now sadly. However they offer you 30% off all Chaos and Dark Angels models until this Sunday midnight, and all other GW models at 25% off, so check them out. Place your orders by following these links and support Tale of Painters by doing so - thank you very much!