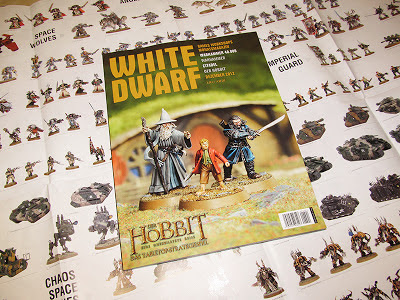 This issue is something special. Not because it's the first issue with a significant amount of Lord of the Rings coverage in a long time, but because of our very own Garfy, who is one of the first to contribute to the user submitted sections of the relaunched White Dwarf format. Two whole pages are dedicated to his beautiful collection of flyers. Well deserved. Read on to find out how the rest of the magazine competes to the last two issues.

This review could have been a short one. It follows the pattern of the last two issues exactly, so you basically know what to expect. The page count is at 148 pages, eight pages more than last month but eight pages less than October's issue, so you can't really complain. It also comes with a big poster that shows almost every 40k plastic kit in its 'Eavy Metal paint job. Must have been some leftovers from their christmas promotions I guess but at least it's free. 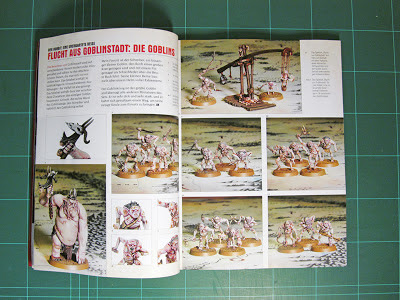 Lets take a closer look at the content. This month's big feature is of course the new Hobbit game. One of the merits of WD's new direction is that the set pattern of articles make a good amount of variation, the "flavour of the month" is less drastic. In the past, you often had issues dedicated to a single game system almost entirely. So if the outrageous price tags (and sometimes mediocre sculpting) of the new Hobbit releases have put you off, or you simply don't care for Lord of the Ring, there is enough other stuff to sink your teeth into.

Of course, the issue starts with the New Releases section, mainly dedicated to the Hobbit, but there are also the Crusade of Fire book and the Wall of Martyrs trenches, as well as Forgeworld's and the Black Library's latest. 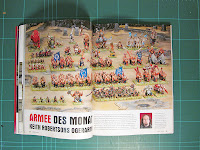 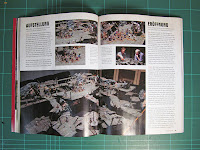 The Army of the Month is Keith Robertson's beautifully painted and literally huge Ogre Kingdoms army. A bright paint scheme and - yikes - green painted base rims. There are even some Halflings and FW Chaos Dwarfs to spot. Very nice sight indeed. Next up, after Jervis usual talk about the spirit of the game, is the Battle Report, which concentrates on the contents of the Escape from Goblin Town box set. I'm not a big fan of the new battle reports, I'd prefer something with a bit more narrative, something with a little back story instead of just focussing on trying out new models.

After a pause last month, the Rivals are back. This time however, it's not written by some serious tournament players, but some random studio guys, who pitch Ork Nobz against Wolf Guard. Feels a bit like "ma unit is betta than yourz!!!111", instead of some serious (and beardy) tactics. Blanchitsu is thankfully shortened to just two pages this month, while Hall of Heroes features the Coven Throne sculpted by Aly Morrison and Martin Footit. 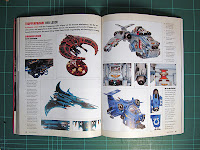 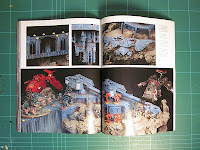 Parade Ground is it when things start to get interesting. This month's theme is flyers, with some nice paint jobs and cool conversions (check out this two part asymmetric Ork flyer), as well as two pages dedicated to Garfy's magnificent flyers. Remember folks, Tale of Painters is where you've seen them first ;) Kit Bash also has some nice converted character models, as well as a cool reader submitted Giant with a Lizardmen theme. This month's Battleground features the stunning Somaro Starfort board from the 40k rulebook, basically a gothic space station mounted on floating rocks. I've always wanted to take a closer look at this awesome terrain piece, so I really enjoyed this six pages. Paint Splatter is again one of the issue's letdowns. There are ok tutorials for painting the goblins from the Hobbit, the goblin town terrain kit and the skin and rusty weapons of Keith Robertson's ogres. But then they show you the 15 'Eavy Metal painted models of Thorin's Company and just present you random paints (see on the picture below). For example "Leather: Rhinox Hide, Boots: Abbadon Black", while you clearly see that more work went into this part of the model than just a flat basecoat. This is no better guide than what is painted on the back of the box. 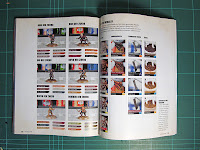 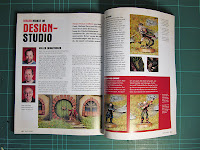 Jervis Vetock is back with his usual witty tone, before the usual uninteresting event and shop guide section. At the back of the magazine is "This month in...", the monthly look behind the scenes. There are the latest painting efforts of the WD team, short interviews with Black Library authors and some WIP Forgeworld models. The majority is filled by the main Hobbit sculptors Alan and Michael Perry and Aly Morrison, who talk about creating the new models from movie concept art and photography as well as their trips to the movie set. Solid article as usual.

Verdict
Well, it's hard to raise a point that hasn't been raised in our last two reviews. This month's issue is a solid offering with decent content even if you're not a big fan of the Hobbit. The set pattern slowly becomes a bit boring though, I'll hope they soon start to incorporate the readers' feedback and shuffle things up. Make sure to write editor Jes Bickham a mail and tell him your suggestions. I for one would like to see more variation in the kind of articles, for example some serious painting or terrain building articles, as well as fluff articles or short stories.

Solid 6/10 from me with a bonus point for Garfy's flyers (need to take some good shots of my models as well and send them to the WD team ;), so 7/10 from me.