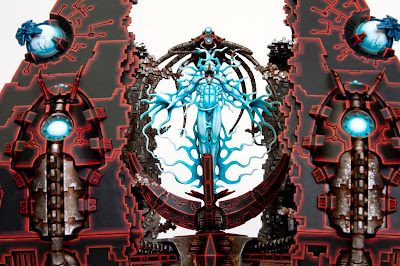 I've done it! I've broken the will of the C'tan and entrapped the malevolent energies into my Tesseract Vault by finishing the model. What a relief! It was a real hard slog but I'm so happy to have finished it. Loads more pictures after the blog including a great comparison shot with some of my other large oval based models. 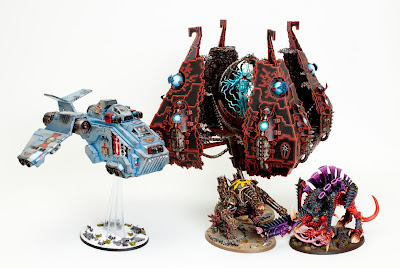 I like shots like these. This give a great impression just how big this model is. It's actually comparable in size to the Tyranid Hierophant biotitan and that costs £250. At £95 I think this kit is pretty amazing value for money. It's huge and devastating on the battlefield, who wouldn't want one? 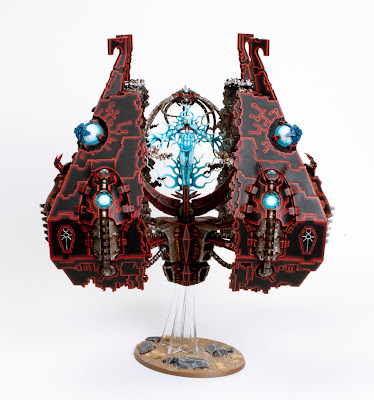 It's quite difficult to photograph. it's hard to get light to all the outer surface and the inner Ctan in equal measure. The photography boys in White Dwarf should deserve a medal for managing to photograph the Tesseract Vault so well. 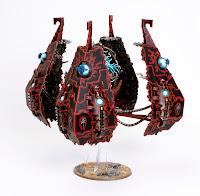 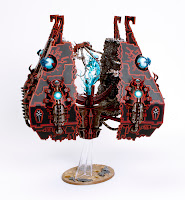 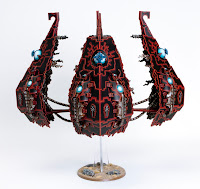 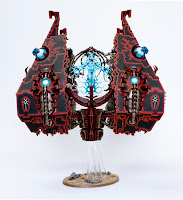 The four above shots show some different angles. As you can see, it's the same all the way round. Not that interesting. In some of the shots the supports for the corners look a little spindly and weak. Some of the corners look like they've drooped as well. It actually feels really solid in real life. 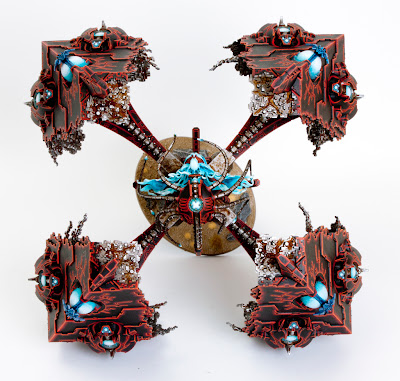 This top shot shows the model for what it really is, quite sparse on the inside. I still think it's an extremely clever use of just two sprues (one is repeated 4 times) to create such a large model. As a design piece it's so clever and the fact it can make two different models is great news for Necron players. 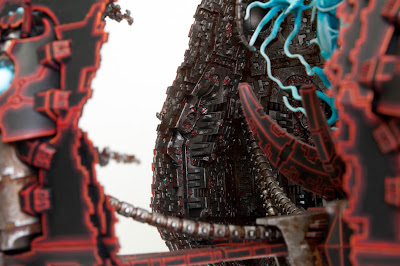 This is an interior shots. You can see it's covered in raised details and teeming with scarabs. 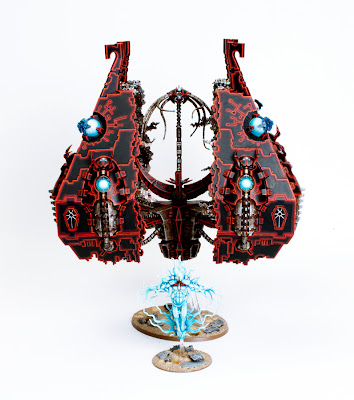 Arrrgh! The C'Tan has escaped his bonds. I magnetised the Canoptek Sentinel and the C'Tan so I could remove him and use the model as a regular C'Tan in normal games.

Let me know in the comments if you enjoyed following this big project. Do you prefer my big projects to the smaller ones?