Tale of Mega Painters - Month 8 and 9 in retrospect

Stahly: In this monthly section we want to recap the progress of our "Tale of Mega Painters" project, a motivational project by Garfy and me. Basically we want to push ourselves to paint up a Dark Eldar and Necron Megaforce respectively. In my case to start a new army, in Garfy's case to expand his small collection of Necrons. More about "Tale of Mega Painters" can be found in our kick-off post here. Click "more after the jump" to review all the models we painted this month. 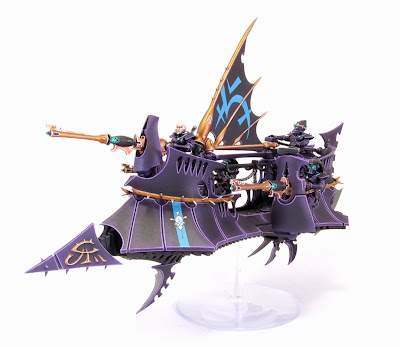 Stahly: This is a combined post for September and October. In the last two months I assembled and painted a Ravager. You can check out the showcase here. It was quite a ride, but now I'm pleased with the result. Especially because the Ravager is the most complex model in the megaforce. A nice feeling of accomplishment. 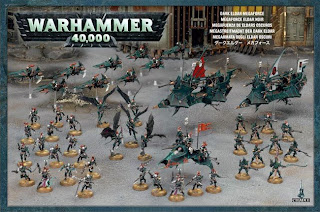 Speaking of the megaforce, as you can see I painted everything apart from another 10 Wyches and the jetbikes. I sold these models as I want to focus on kabalite and haemonculi coven units in my army. Which means that I've painted all the models from my megaforce - technically. It feels a bit like cheating, so I will continue painting Dark Eldar models until Garfy has finished his Necrons megaforce. So for next month I'm going to assemble and paint 5 Trueborn Warriors to accompany my Venom. For December, there will be an Archon and a Razorwing. My aim for the end of the year is to have a small but legal army, with at least one choice for every section of the force organisation chart. 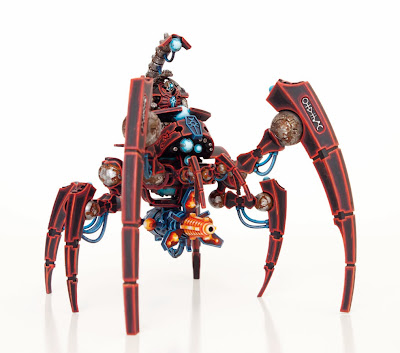 Garfy: I'm really pleased for Stahly hitting the milestone of finishing the units he wanted to complete from his Megaforce. He's done really well. I've been letting the project down massively as I've been furnishing the blog with a total of 8 tutorials in two months (as well as painting centurions and grim hammers), however I have found the time to complete a Triach Stalker and I'm pleased to announce that yesterday I also completed 10 necron warriors.

I haven't sold any of my Megaforce, so I still have three units left to paint. A Doomsday Ark, 6 Tomb blades and 8 Necron Warriors. The Doomsday Ark is scaring me a bit, so I think I should work on that one next.

Are you painting a battleforce/megaforce and want to join in?
Now you can! Stahly and I would like to open this project up to everyone. If you're a member of the Tale of Painters blog list and you're blogging about a Games Workshop army we would love to feature  your models on the Tale of Painters blog. Send me an email at garfy.taleofpainters@gmail.com with a link to your blog and make sure you include a couple of pictures and a paragraph or two about your army project. We look forward to hearing from you.