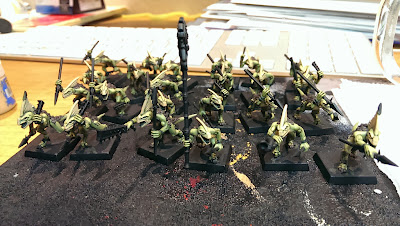 I mentioned in my introduction that I have a full set of the new Lizardmen plastic kits waiting to join my army. But before I could start on those kits I needed to sort out my new Skink color scheme as they crew or ride most those. So this batch of Skinks represents my first batch of models with what I decided it would be. 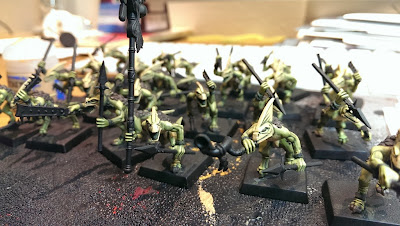 My Skinks have always been green and I wanted to keep that. I feel that they, more than any other Lizardmen, would have the greatest variety of hue and pattern. As the craftsmen, hunters, gatherers and scouts they would adapt in hue and pattern to match the task. So my Skinks, who function as scouts and hunters of the jungle, would be green and brown. I also imagined their crests serving as a form of communication, changing or even flashing color to let one another know of danger or prey ... but that comes later. 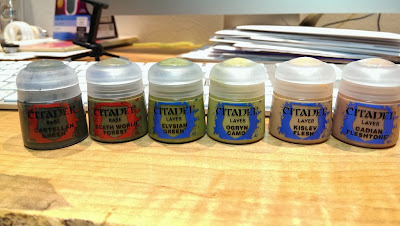 This last picture shows the scheme for the skin. The first two pictures show the first 5 colors with just Cadian Fleshtone left.