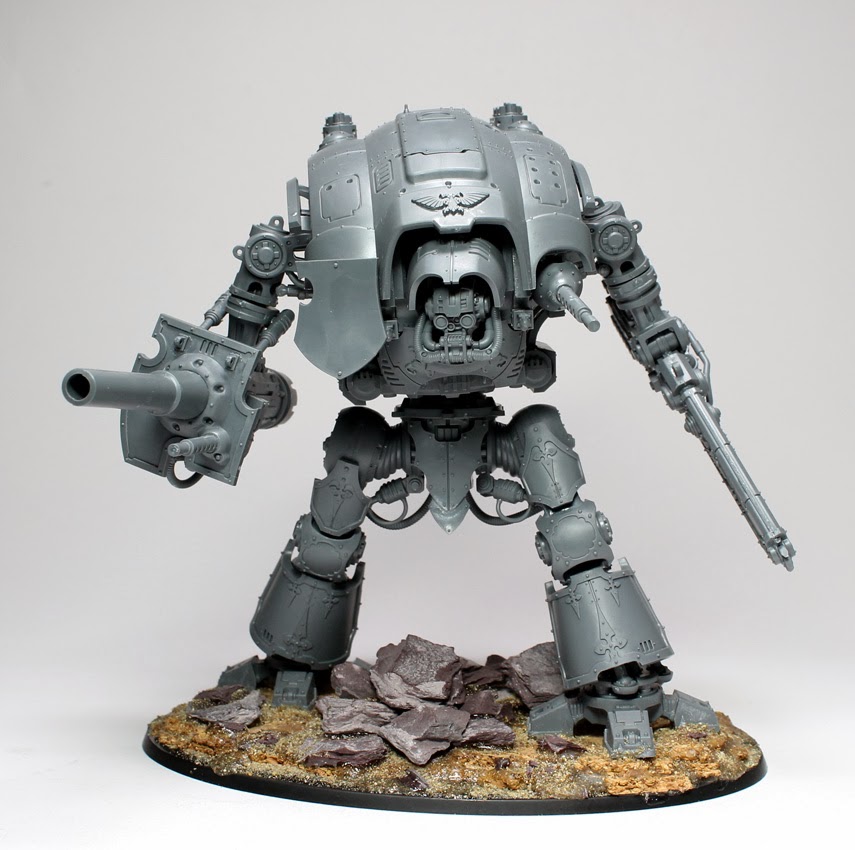 I’m going to unbox a new Imperial Knight. I was lucky to pick up couple of boxes , as I heard there was a shortage.

The model will be coming with its own codex next week and there are many different colour schemes available. It was quite a surprise to me that this model is not part of space marine codex and apparently I’ve heard that all the other 40k armies can ally with this model, including Tyranids. Not sure if it’s true, but we will find out next week. 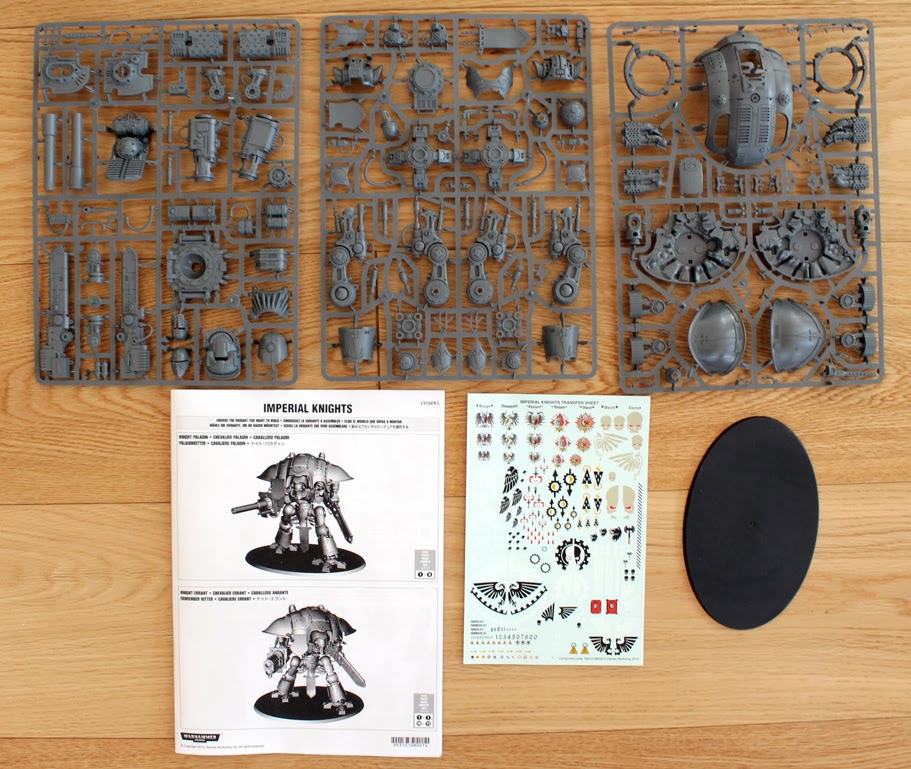 There are 3 spurs of parts for the model, so it is fairly complex figure. There is also a completely new base size, which is quite a bit bigger than an oval base. 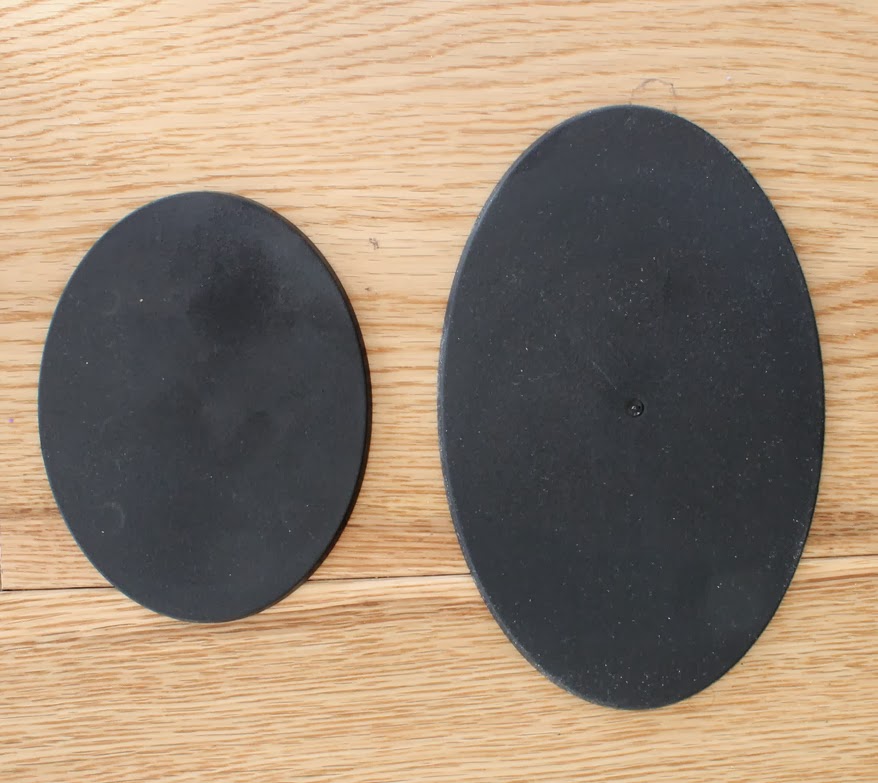 You can make 2 different models: Knight Paladin and Knight Errant. It doesn’t seem to be much of a difference in construction; it’s just a matter of a different weapon.

I do have some negative points though. First of all it is quite disappointing that the codex comes a week after the model. Although stats and some colour schemes are available in the magazine, I would like to know more about the rules and relation to different factions before committing to the colour scheme.

Another thing is that not all the colour schemes featuring on the box and the magazines can be made using the included transfer sheet. GW sells a separate transfer sheet for £12. If I was to use the White Dwaft magazine images as a painting reference, it seems that the transfers from the box would only allow you to paint he red and blue colour schemes..

And as well as quite an expensive addition to an already expensive model, a few of the transfers on the sheet don’t correspond in colour to the painted models in the magazine. They seem black or white on the painted models but are golden or silver on the “for sale” image on their website. 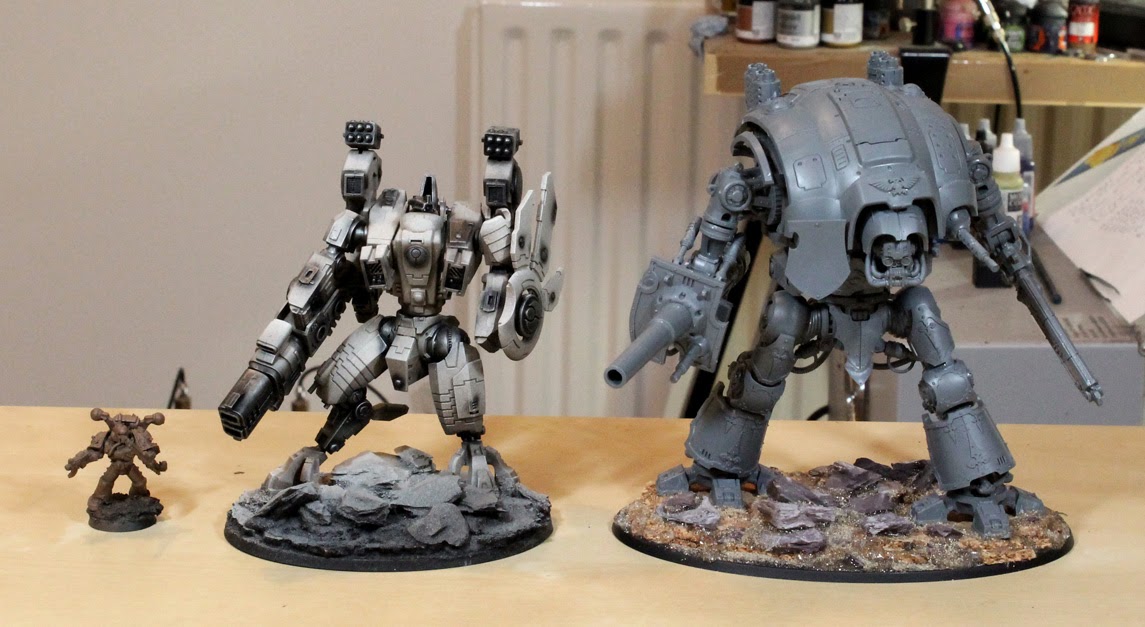 Putting it together did take around 3 hours.  It was quite tiring but I did get there after all! (Almost, as it's still missing a few bits and pieces.) I’m sure a lot of you would consider magnetizing the weapons. The end of the gun can be magnetized; but it means that one of the side features have to be taken off, as it interferes with one of the guns. And also the other side feature has to stay the same for both of the guns, I'm not sure if it’s possible to magnetize it too. It would be a fiddly job. In my view, since the model itself doesn’t change, I would just choose the gun that looks the coolest and stick to that : )

A good feature while making the model is that you can leave arm, neck and gun joints unglued, which allows a perfect positioning at the end of the assembly.