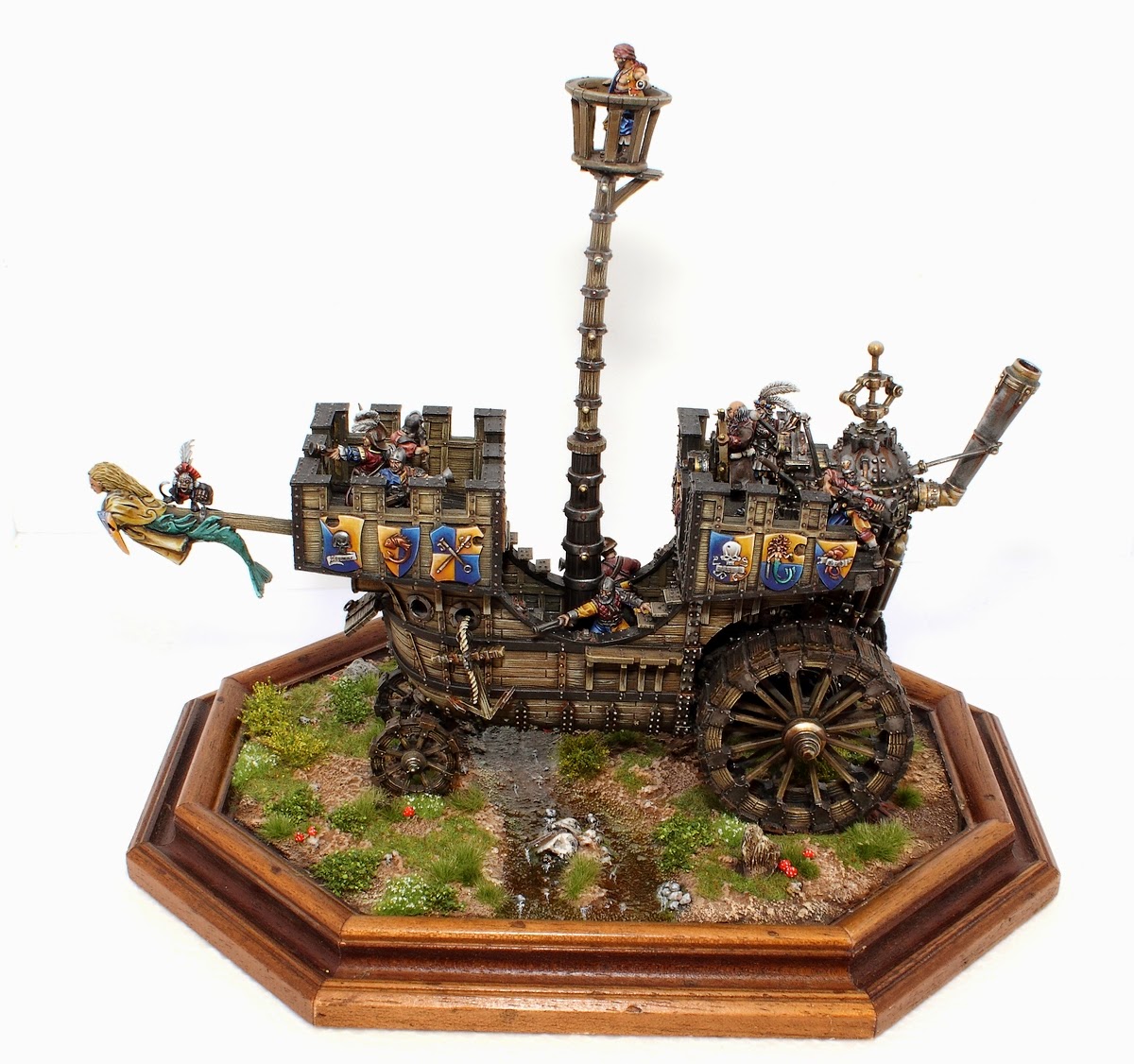 Hah, guess what. The unexpected happened - I finished the Marienburg Land Ship. For now. 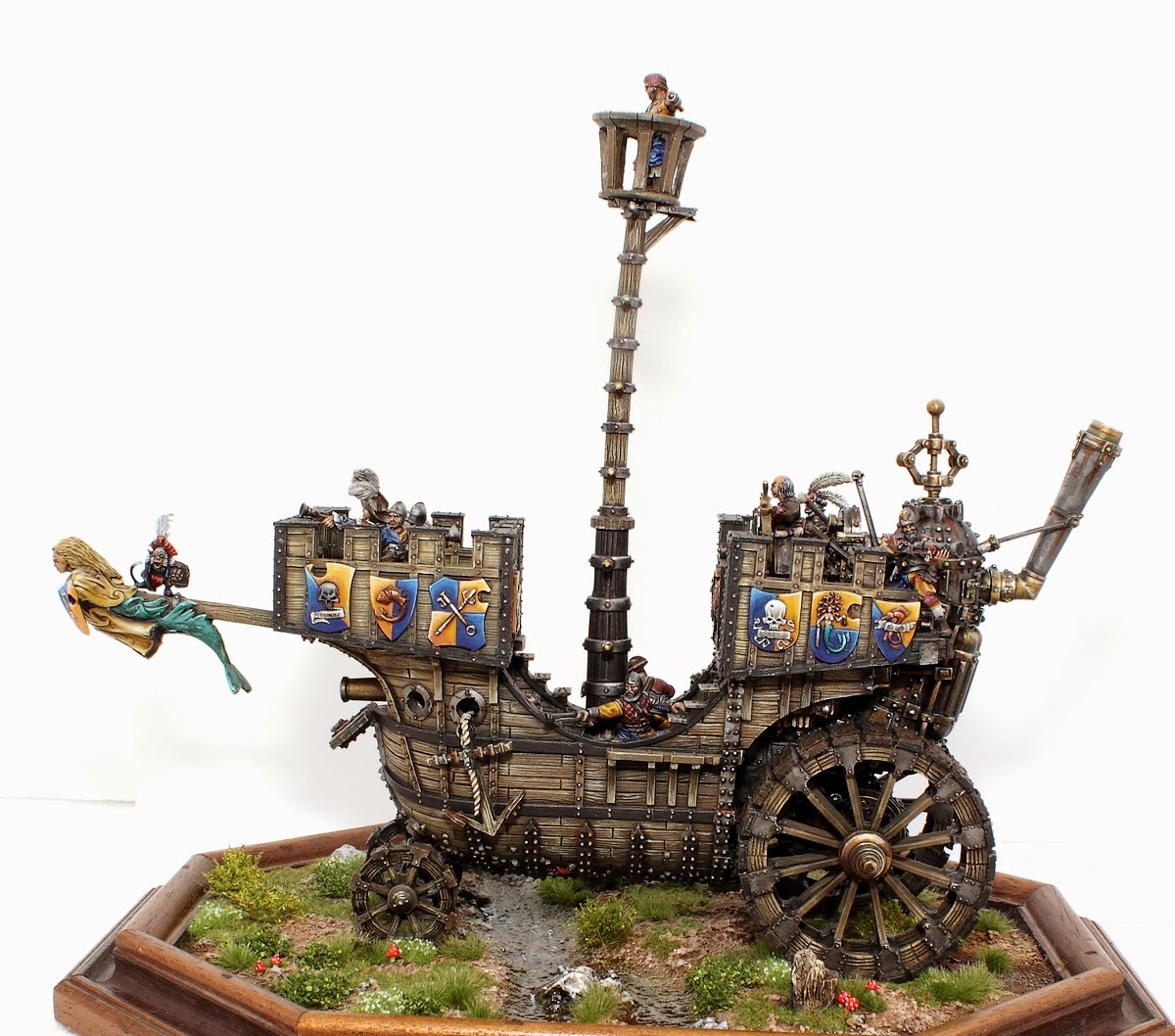 About three weeks ago, Austrian Salute 4  happened. You probably remember my report. For this occasion I had to get something showcase-y done and better something Sci-Fi/Fantasy. I got surprisingly little in terms of big fantasy showcase things lying around because of course most of these things quickly went to their owners after getting finished. 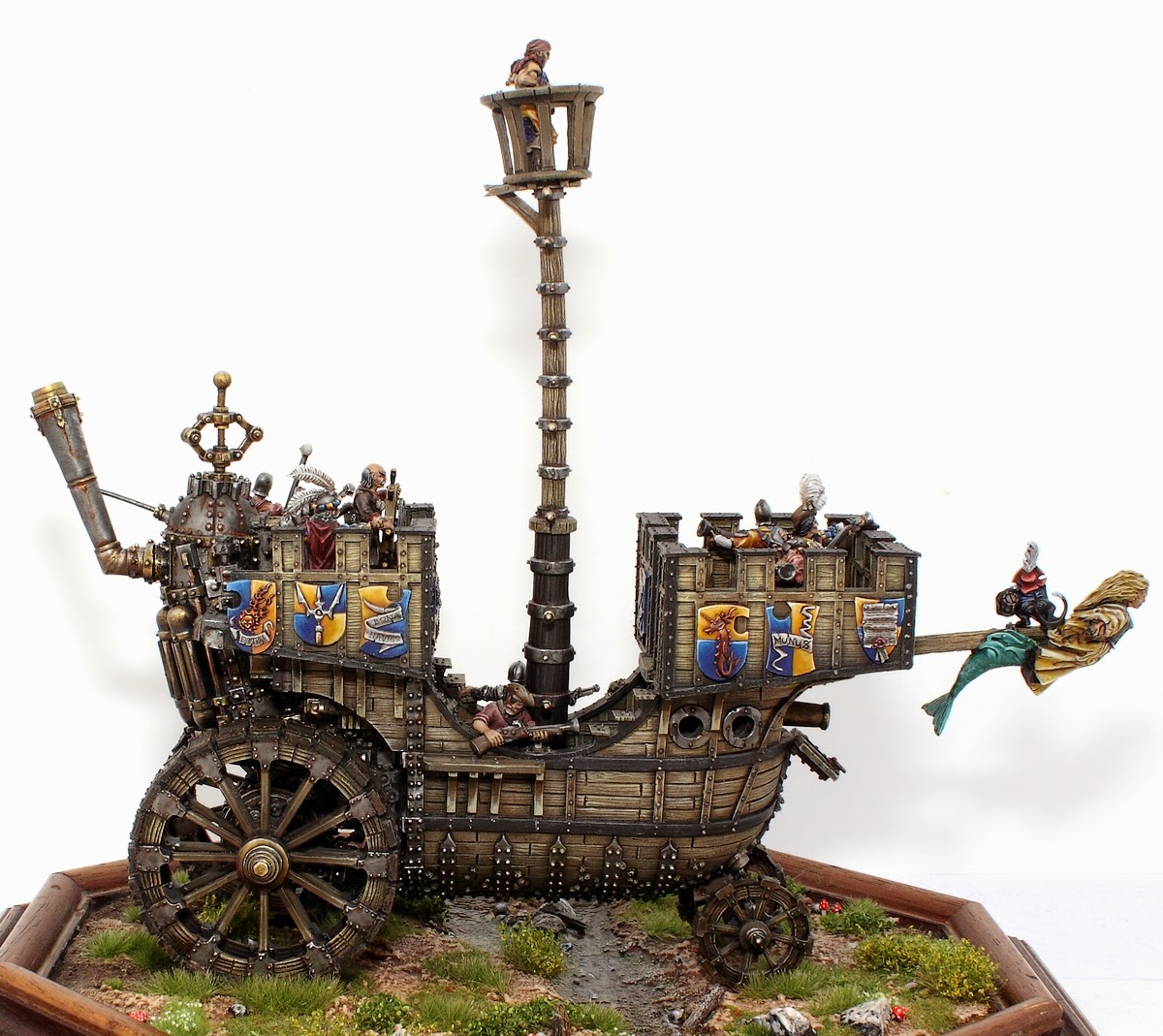 So I decided to 'quickly' finish the Marienburg Landship which, as some of you will remember, I got right around the time it was released. I'm quite the fan of what The Forge do. They tend to do some really cool stuff every once in a while and after FW lets them off the leash which keeps them at the Space Marines crafting desks.

One of these things of course is the landship. It's grand, it's silly, it's destructive, impractical and oozes style so bascially it's Warhammer in a nutshell. Most of all, it looks old-school Warhammer-y. Most of the times somebody sees that model they immediately are reminded of something they've seen in an old WD. And of course the Dwarfs used to have a vehicle very similar to this landship in the Juggernaut. 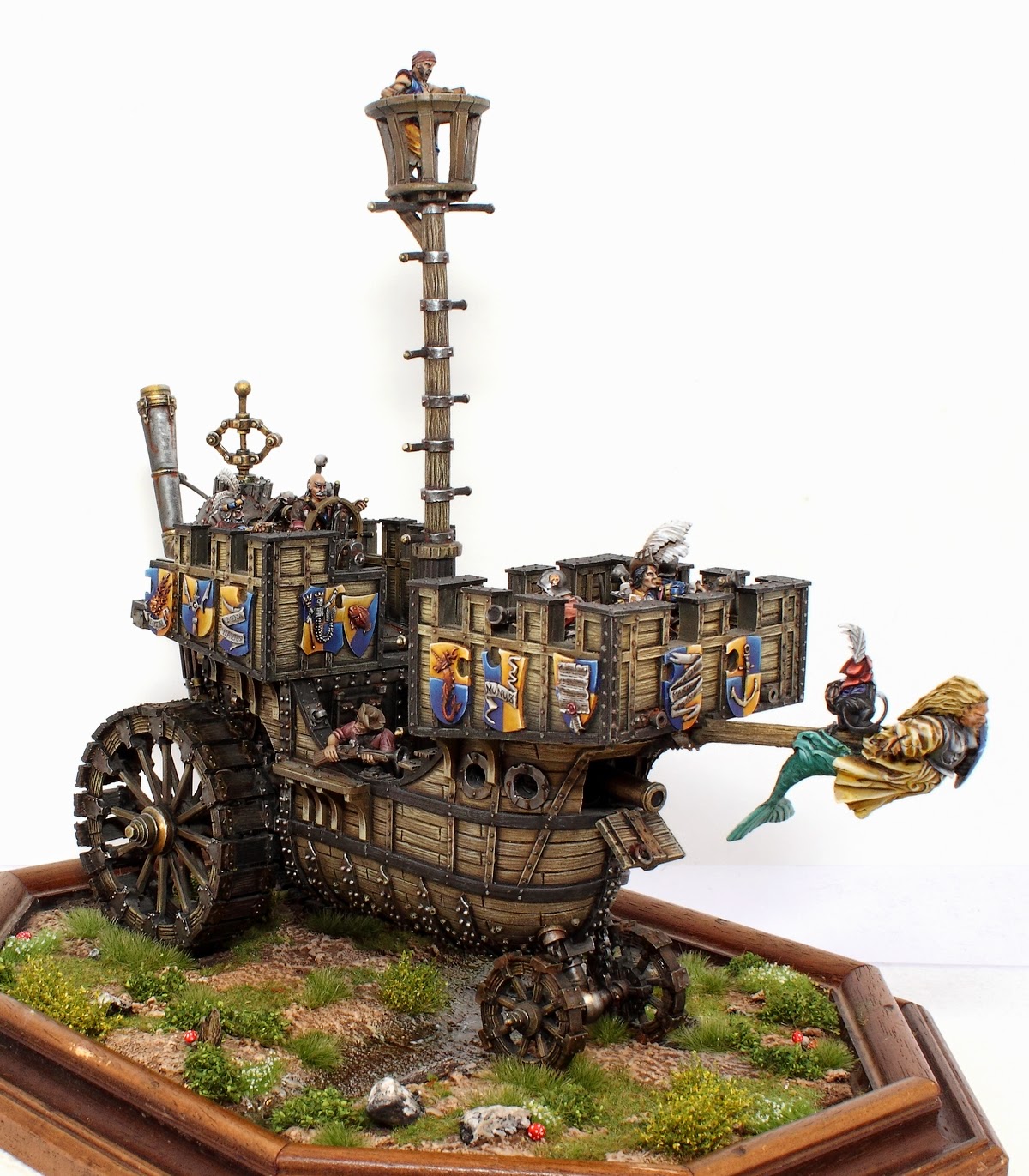 I think the first posting I did about this model was right after the start of Tale of Painters. It resurfaced then in my hobby resolutions for 2012 and 2013 and that was it basically. Over the years I've been working on this model the way I do things of course changed some times which added to the painting time of the model quite a bit as I had to redo many parts a few times. 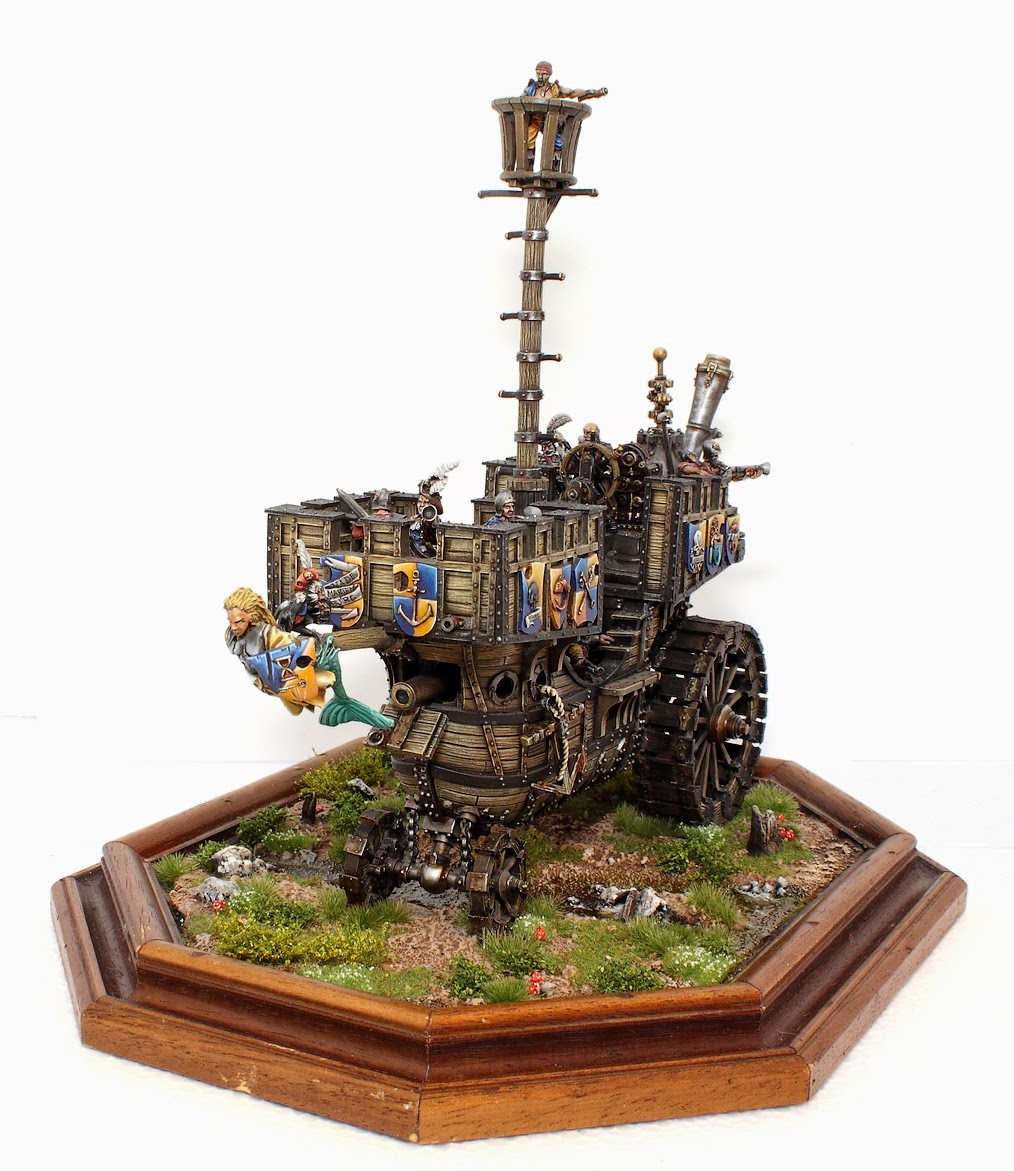 Right before Austrian Salute though I figured I'd just do the last few brushstrokes and put it on a scenic base so it is presentable for the event. Grand plans of sails and dioramas with fifty skeleton warriors be damned. So over the course of a few days I finished the piece so it looks alright (there still are some crude parts about it and it lacks a proper flag), made a scenic base and I have to admit that I quite like the way it looks now. 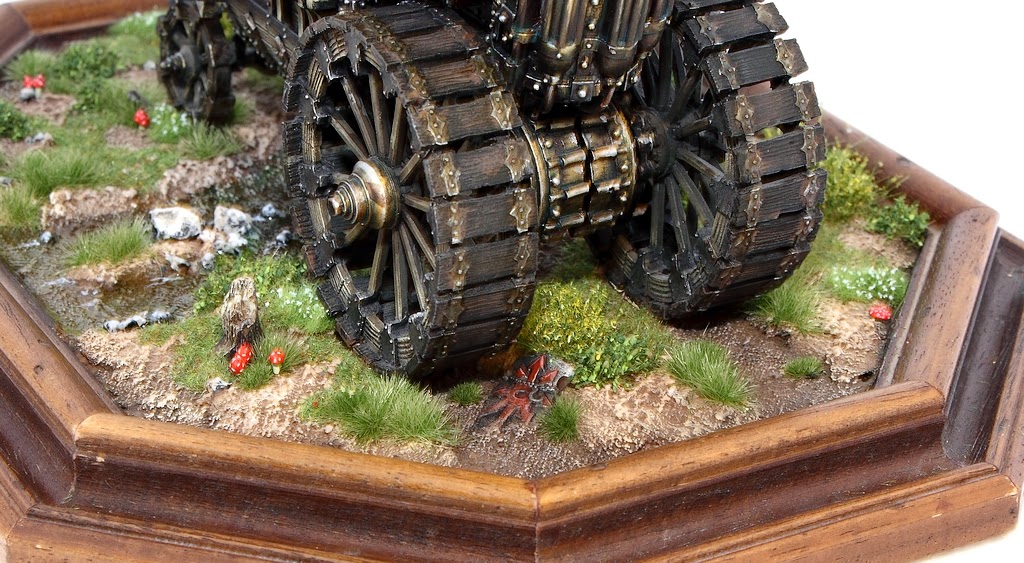 Of course I was ever so glad to hear from many people at the convention and elsewhere that they liked the look of the piece as well and now that you lovely readers of ToP can see it, I hope that you like it as well!