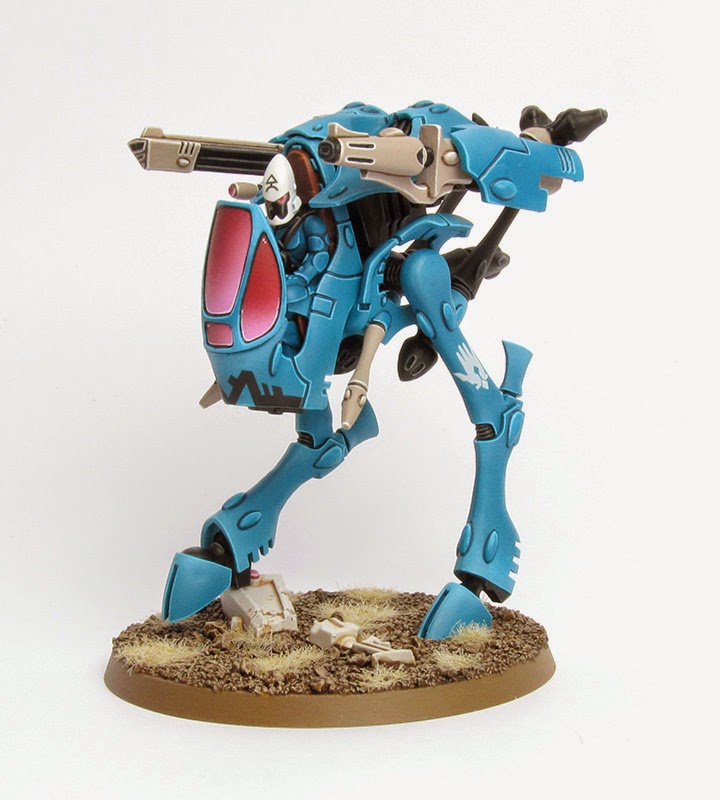 Hey guys, Stahly here, today I present you my recently finished War Walker for my Eldar warhost of Iybraesil. More pictures after the jump. 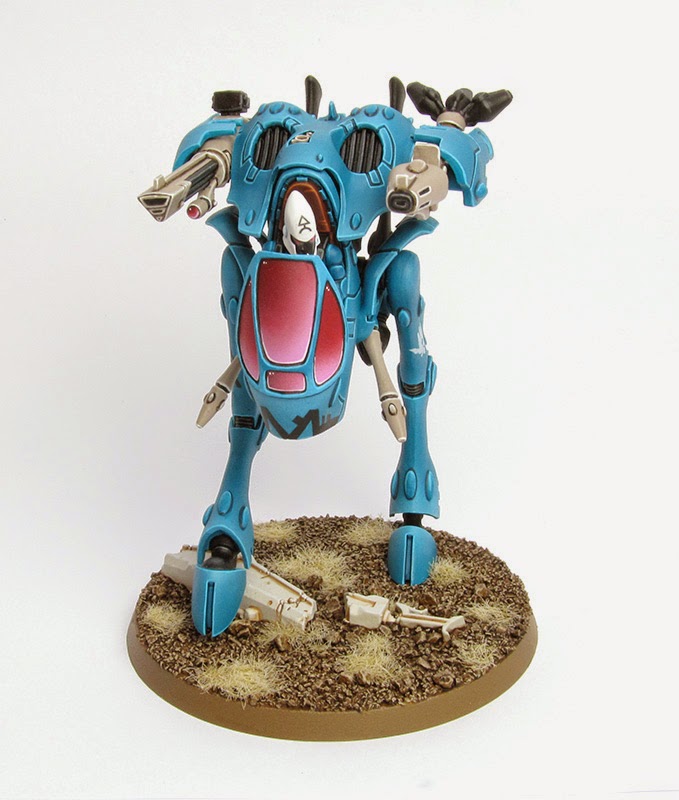 This is the second vehicle I painted for my small but growing Iybraesil force. I learnt a lot from the first model, which was a Hornet, so the painting went much more smoothly this time and I'm happier with the result, too.

The model was basecoated turquoise with my airbrush, then subtle highlights were sprayed on (in real life the gradients are more visible than under artificial studio light). The magenta gradient on the canopy was airbrushed, too. All the rest is good old brush work. 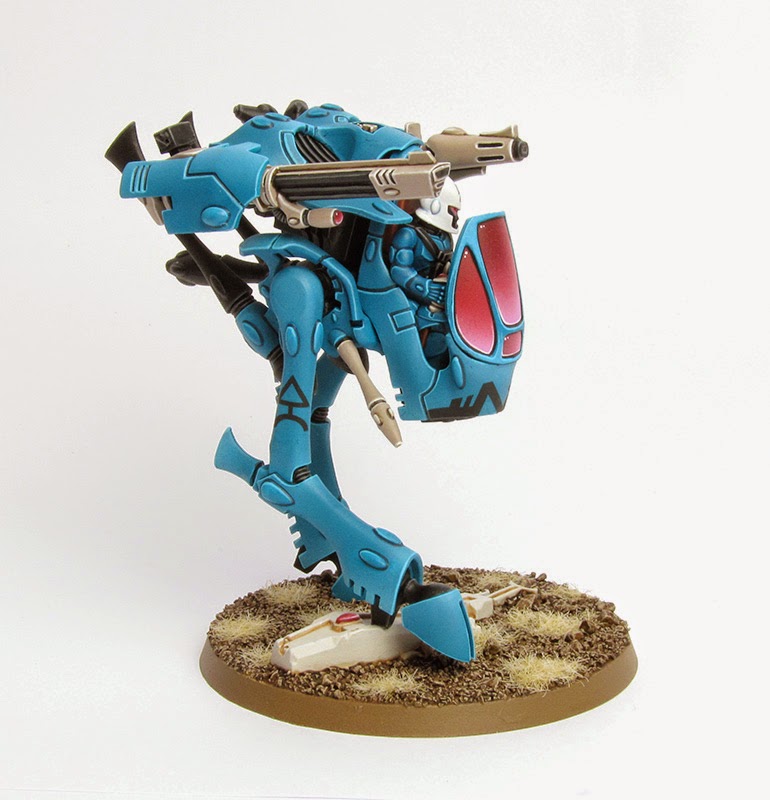 The war walker rune on the right leg and the Guardian's helmet are custom made decals. The runic stripe pattern on the front is a decal as well. I designed these decals by myself (I'm a professional graphic designer), printed them on laser printer suitable decal paper and used Micro Sol decal softener solution for the painted on look. I remember the stripe pattern for the war walker was especially difficult to suit to the curved cockpit front and it took like 10 or 15 test prints. I guess you could have just freehanded those patterns, but then I just love working with decals ;) 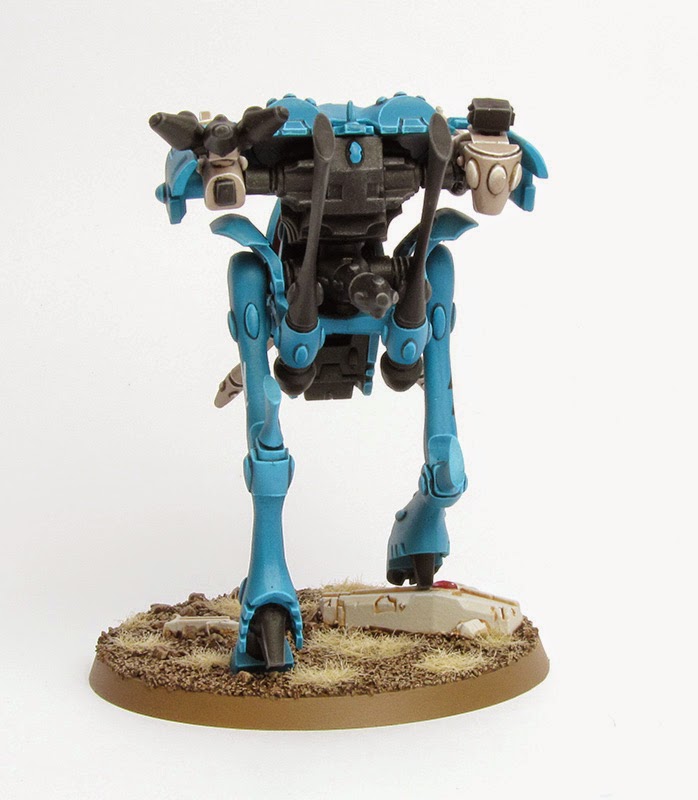 I went for a Starcannon/Scatterlaser combination to tackle all sorts of infantry and light vehicles. The weapons are magnetised and can be exchanged. Inspired by the sleeker look of Forgeworld's Wasp walker I used Wave Serpent style weapon mounts. I also used a regular style Guardian helmet and added some rubble pieces from a High Elf kit.

According to the background, craftworld Iybraesil quests to unlock the secrets of the Crone Worlds, so I thought striding over some old, deserted Eldar components would make a great theme for my models.

How do you like the War Walker? Eventually there will be a squad of three, but I can't bring myself to paint all three of them in a row. Let's see what's next for my Eldar - more Guardians, a Farseer or a Wave Serpent are good contenders.