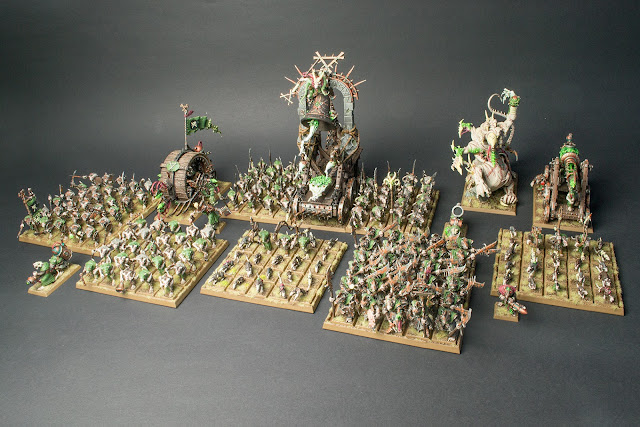 Guys, I've decided to dispose my Skaven army. This huge collection consists of over 180 models, all painted to a high standard, matt varnished, on magnetized movement trays, and includes two KR Multicase cases to store them. This totally gaming ready army can be yours, whether to try out Age of Sigmar or to continue playing 8th Edition. Read on to find out more.

This army took almost two years (!) to paint, the whole journey was documented on Tale of Painters. Check it out here.

This is the very special occasion to accquire such a huge horde army with over 180 fully painted models. The army is 1904 points under 8th edition rules (with wargear as modelled and without magic equipment), and can easily be 2000/2250 with magic items and banners. It also offers a wealth of models to choose from for Age of Sigmar games in any size.


– are all painted to a high standard (extra care went to the front ranks, character models and war machines/monsters, though the back ranks blend in nicely and don't stand out in a bad way)
– have a cohesive paint scheme across the whole army: pale skin tones and muted browns and greens, contrasting orange rust and bright green warpstone with subtle OSL glow effects
– have freehands on all the banners (on both sides!)
– have subtle conversion work here and there
– are all matte varnished
– show no wear and tear on the (actually I never took them out for a game lol)
– have matching magnetized movement trays, models are magnetized on the bottom side of their bases (also numbered so it's easy to find their place in the unit)
– have a matching tutorial here on Tale of Painters in case you want to expand the army (I will also help you to convert the old paints to the new Citadel paint range)
– come in two cardboard cases from KR Multicase in excellent condition; one with custom pluck foam, one for rank and file models; with enough space for the whole army and then some (value: 35 pounds/48 Euro each)

The army consists of: 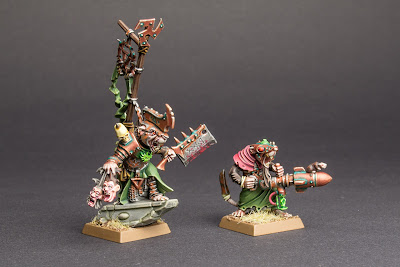 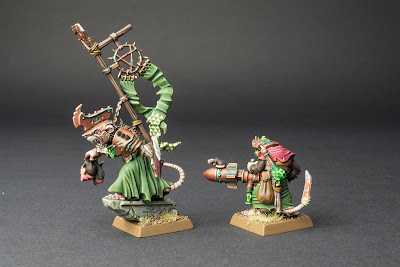 1 Warlord and 1 Warplock Engineer
Subtle conversion work has been done on the Island of Blood Warlord. The Warplock Engineer is a completely scratch-built and carries a doomrocket and warpstone pistol. 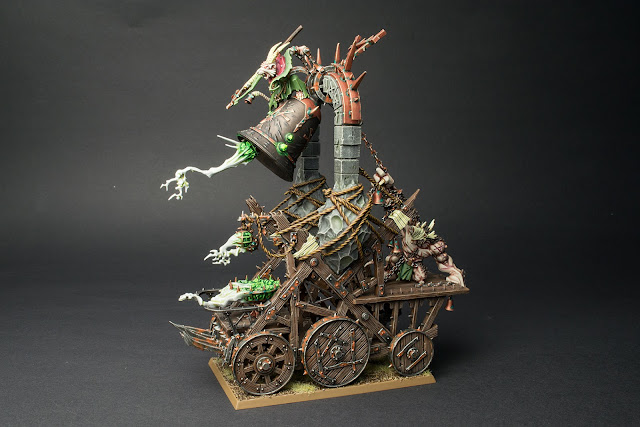 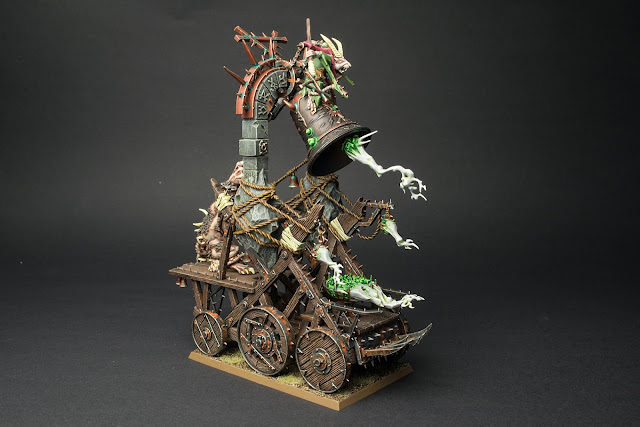 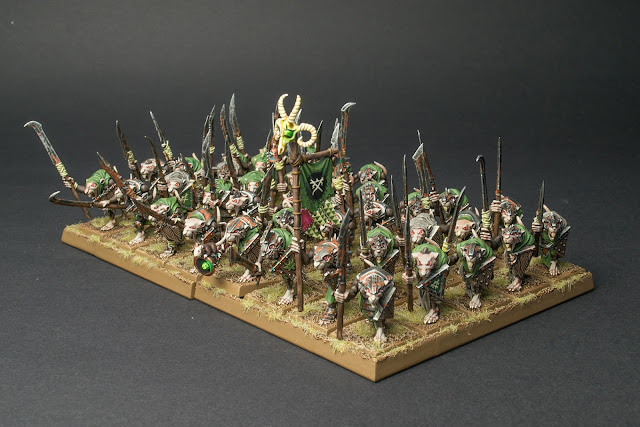 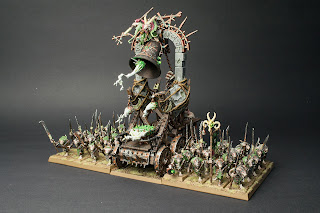 39 Clanrats with spears
The movement tray is cut in half so you can put the Screaming Bell between them. You can also run them in an 8x5 block or turn the trays by 90 degrees and run them in a 10x4 horde formation. The models are a mix of Island of Blood and regular Clanrat models. All of them wear body armour. 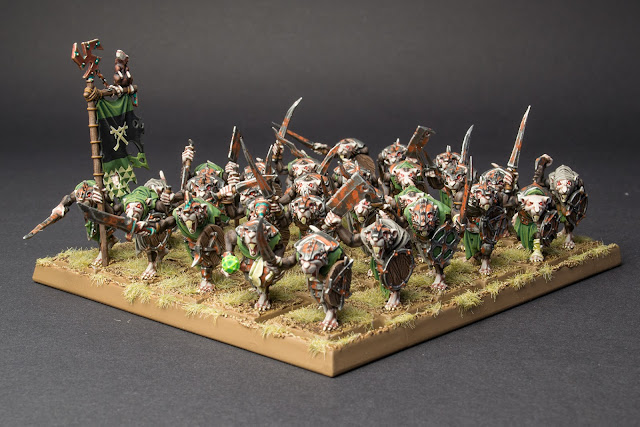 30 Clanrats with handweapons
The models are a mix of Island of Blood and regular Clanrat models. All of them wear body armour and carry swords or cleavers. 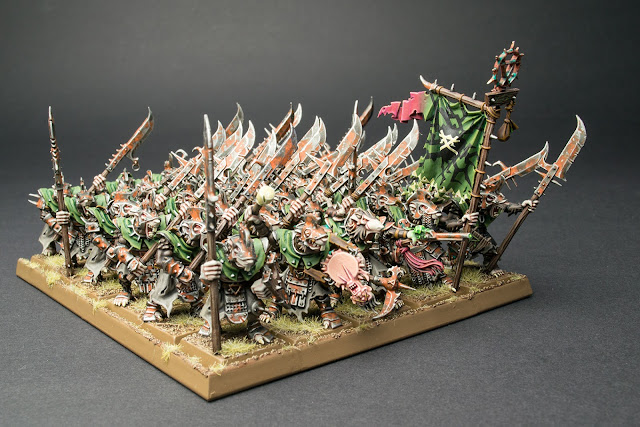 30 Stormvermin
The champion is armed with a converted warpstone pistol. 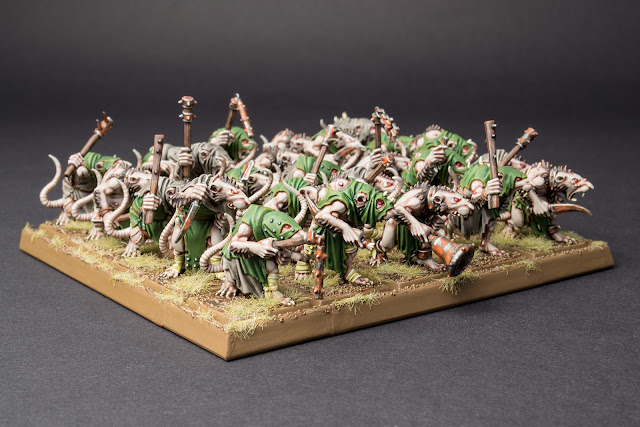 25 Skavenslaves with handweapons
The unit consists of models with no visible body armour only, also they are armed with small knives and clubs only to further differentiate them from Clanrats and to show their low rank. 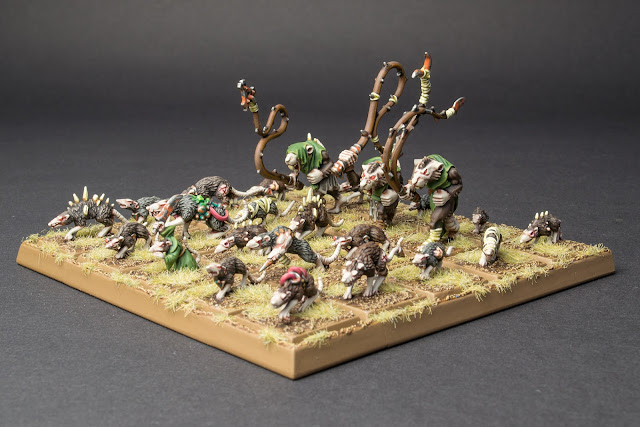 22 Giant Rats and 3 Packmasters, unit 1
The packmasters are converted from regular Clanrats as the old models don't fit the new Skaven aesthetics well. 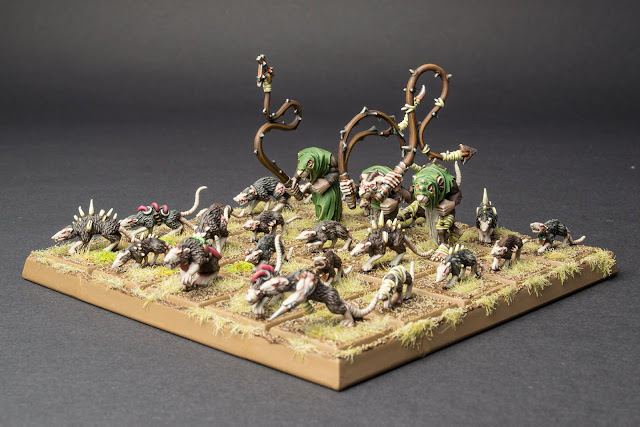 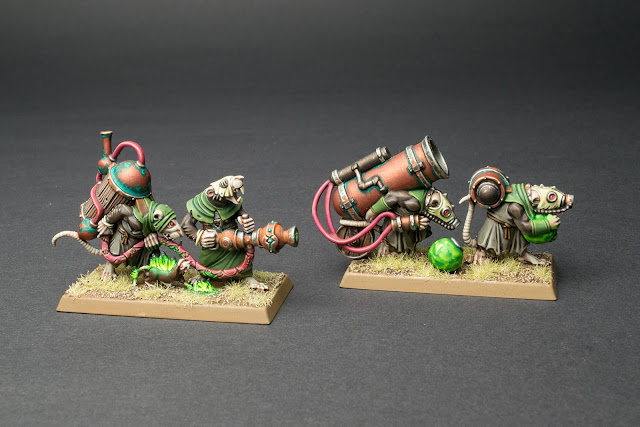 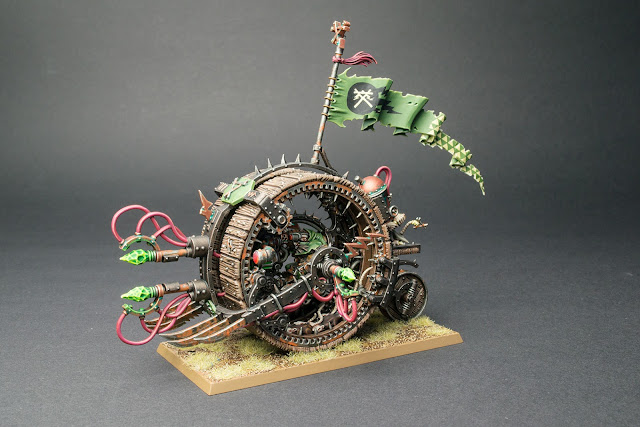 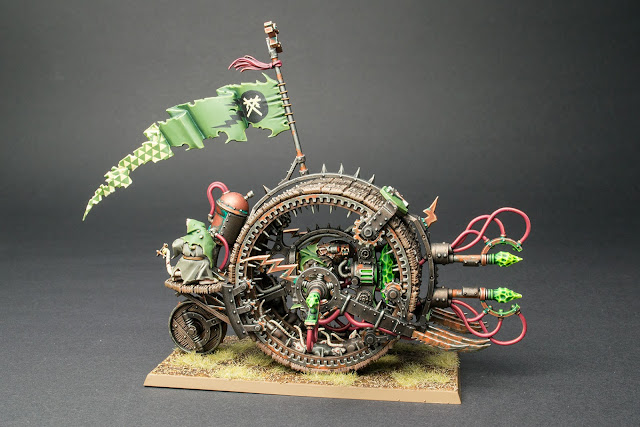 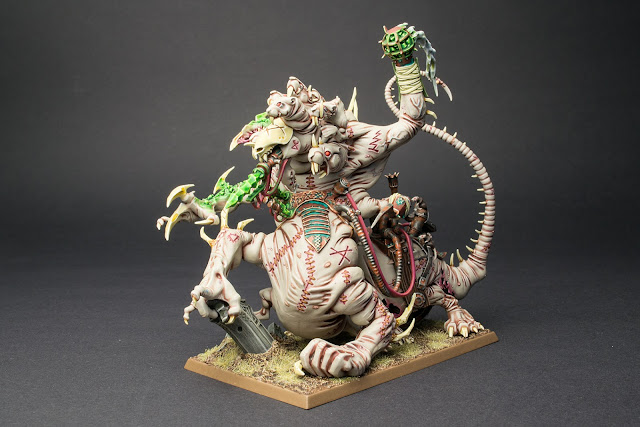 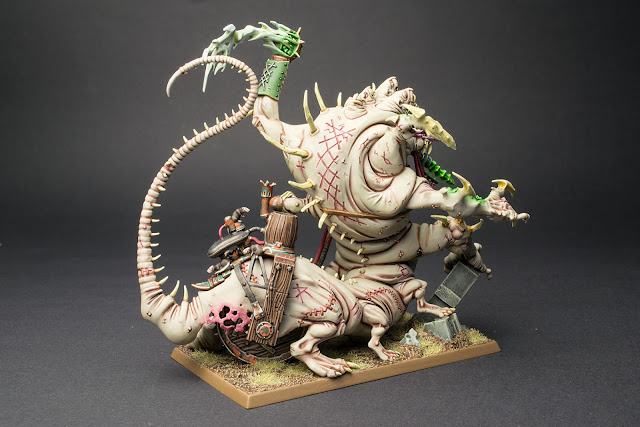 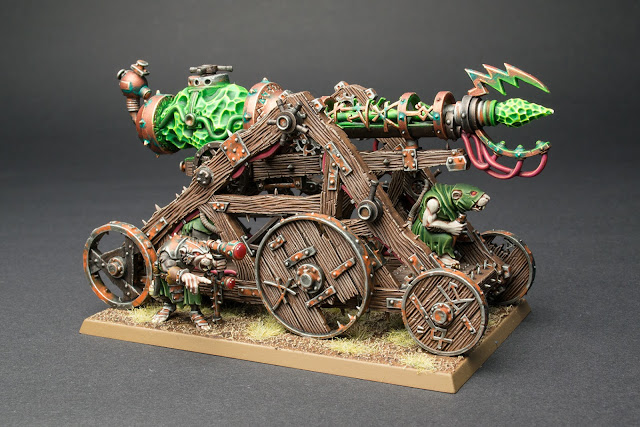 1 Warplightning Cannon
I mounted the cannon slightly lower for a more compact silhouette. I also used a 60mm wide base to make some space for the Clanrat with the telescope. 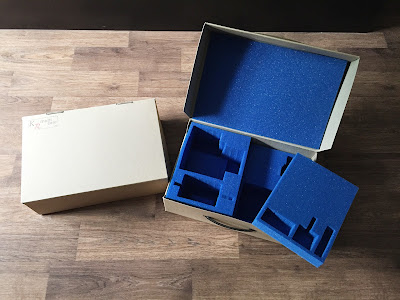 2 KR Multicases Cardboard Cases
One is filled with troop compartments, the other one with custom pluck foam for the larger models. Both have room for more models. Value: 35 and 48 Euros.

The models and cases themselves are worth about 420 Euro/310 pounds (a bit hard to tell because I bought the giant rats from bitz sellers and some models come from Island of Blood), not counting the paint and the labour of two years (!). I'm open to negotiations, but I'll put up this army in a couple of forums and accept the highest tender.

This is a once in a lifetime chance, so don't miss out ;) Write to richard.van.skinny (at) gmail (dot) com or leave a comment (make sure people can send you messages via your Blogger profile) when you're interested.+3

New comments are not allowed.