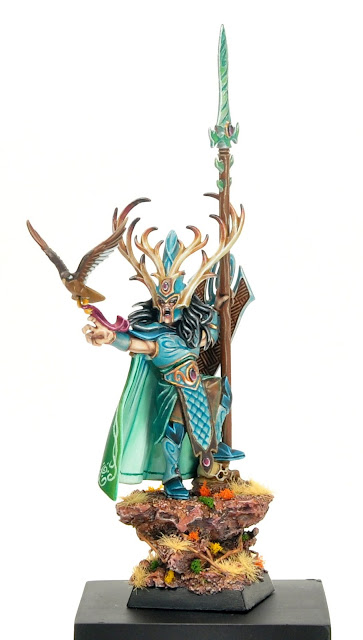 Hello everyone, it's FruitBear! I'm really excited about this post of Araloth! I remembered when I first saw this model I knew I had to have one. At the same time I needed to fulfill a promise to my best friend Derek that I'll paint him a miniature for he's birthday but it'll be a belated present. I thought Araloth would be perfect because the miniature opens up so many opportunities for painters whether it's conversions or different painting techniques and free hand work. It's also an elf so I can't go wrong there.

Derek moved to Melbourne after he married early this year soI didn't get a chance to finish Araloth but asked if I could enter it into the "Best in the West" Western Australia state painting competition held by all the Games Workshop stores in the state when I finished it. I made it through the store finals to represent my local GW store at the state finals and I won the category. I was told I got best pick overall therefore being the first winner of "Best in the West". I was so happy with the outcome because I put a lot of time, effort and heart into this miniature as it was for Derek.

When Derek came back to Perth for a visit I gave him the miniature but after a while he handed it back to me and said it's in better hands if I were to keep it as he's on the move at times. This kind gesture really moved me as well as being really grateful at the same time. 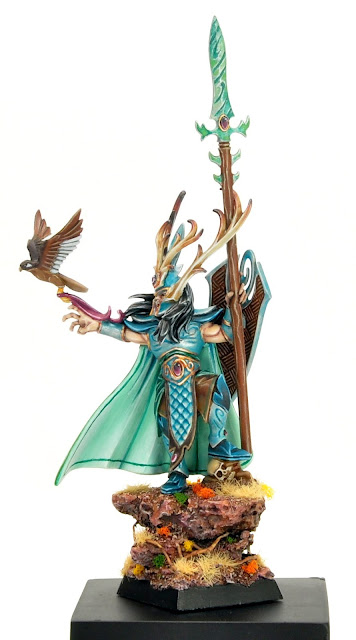 When I painted Araloth I knew I wanted to stay clear of the traditional colours that Eavy Metal used. But I was certain I really wanted turquoise in there! Hint Hint I love Turquoise! I also really wanted to have different shades of green as well so those were the colours that I went with.

The base was constructed our of cork board with some green stuff to fill in gaps and a coat of watered down PVA glue to seal the cork. I also used some roots from a young plant I found and stuck them around the base. The colours were really simple shades of brown and red with dead grass and shrub foliage glued on in different areas. 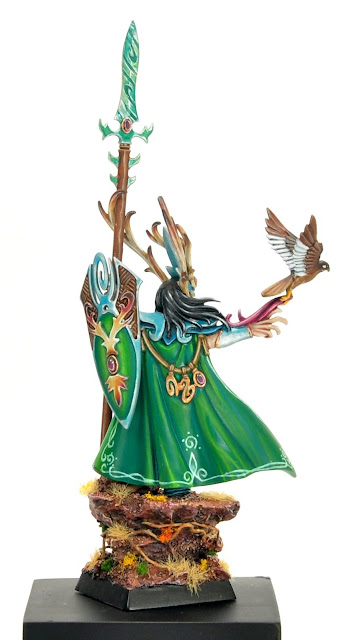 Originally I didn't' planed for the hair to be black but was so glad I made the decision last minute as it give the model a bit of a break and defines the head a lot more. The blend in the cloak and shield were achieved using thin layers of paint.

I'm not that good yet at feathering and blending techniques so this is what i did to achieve the same outcome. the different colour transitions in the antlers of the helm and shield were achieved with diluted glazes. I wanted the gems to be a big contrast to the main colours so I went with screamer pink. The armor was base coated with Chainmail then glazed with blue and turquoise to achieve the final result.

Overall there is just too much to describe about this miniature but hope everyone gets the overall picture. Hope you all like it and I look forward to painting more miniatures like this in the future.