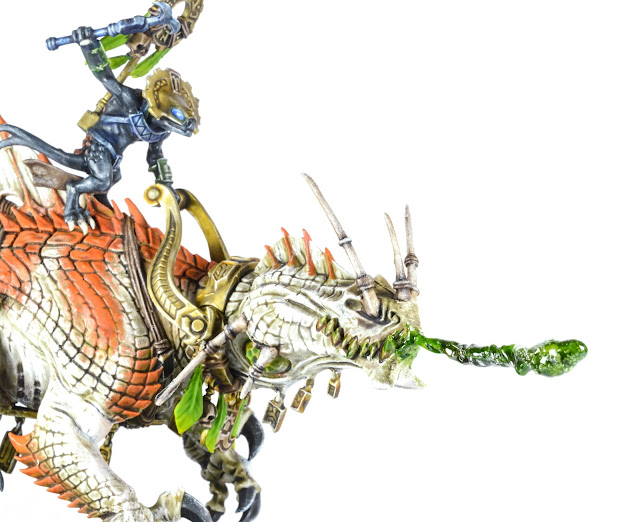 ​Hey everyone, this is the penultimate post in the series of my Seraphon showcase! In this post there are a lot of big dinosaurs, six in fact, click to view them all after the jump!

This is part 7 of my showcase series of my Seraphon collection! You can see the other parts here; one, two, three, four, five, six. 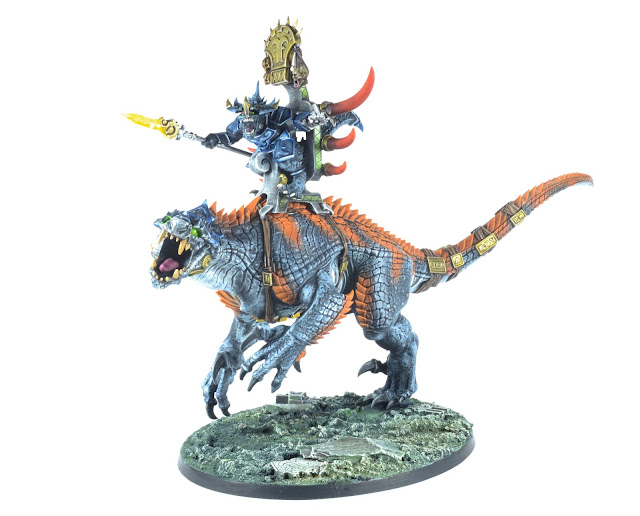 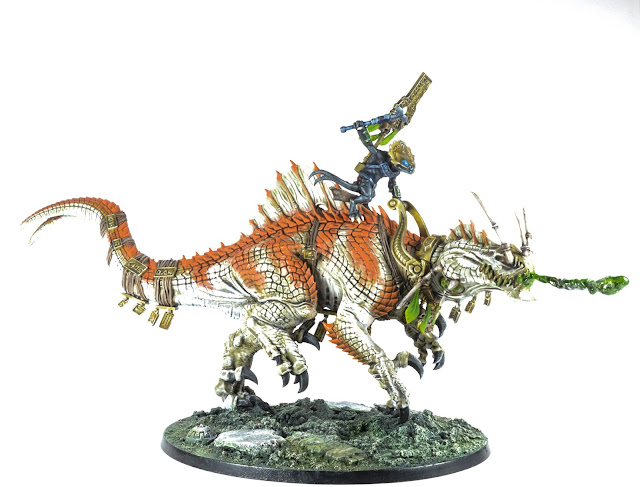 Of all of my Seraphon collection, the big dinosaurs were my favourite to paint. I wanted to make them really stand out and look bright. The Carnosaur's orange stripes, for example, were drybrushed Jokaero Orange, Troll Slayer Orange, and Fire Dragon Bright then I applied a few washes of Fuegan Orange and Cassandora Yellow. I love the Carnosaur/Troglodon kit, it creates two beautiful models. I really love the Troglodon model, I decided to paint him pale with bright orange stripes, again using the same technique as described above. The Troglodon's plastic spit projectile snapped unfortunately, so I made a new one which I think looks a lot better. It was made out of wire, then I wrapped UHU glue around it and then painted over using Tamiya green and blue paints. The UHU glue dried nicely leaving air bubbles which makes the spit look a lot more lifelike! 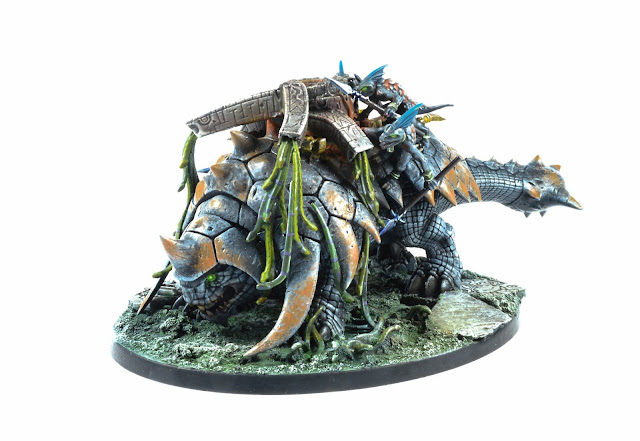 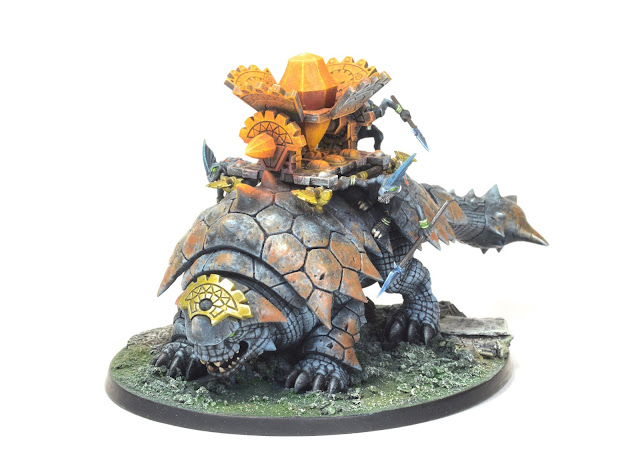 I bought both of the Bastiladon variants. I wanted to make the crystal look really nice and bright. This was drybrushed up from reds, oranges, yellows and white and then glazed Lamenters Yellow and Cassandora Yellow to achieve a nice bright effect. Instead of painting on stripes like the rest of the collection, for the Bastiladons I decided to sponge on the orange and glazed over them with Cassandora Yellow to make them bright. I wanted to achieve a natural look to them as if their armour grows with orange patches on. 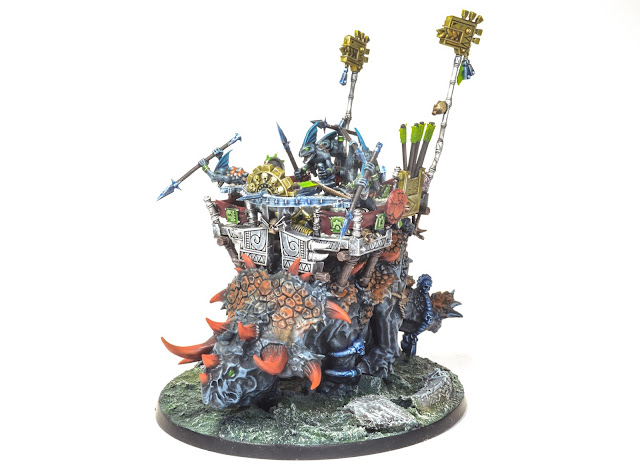 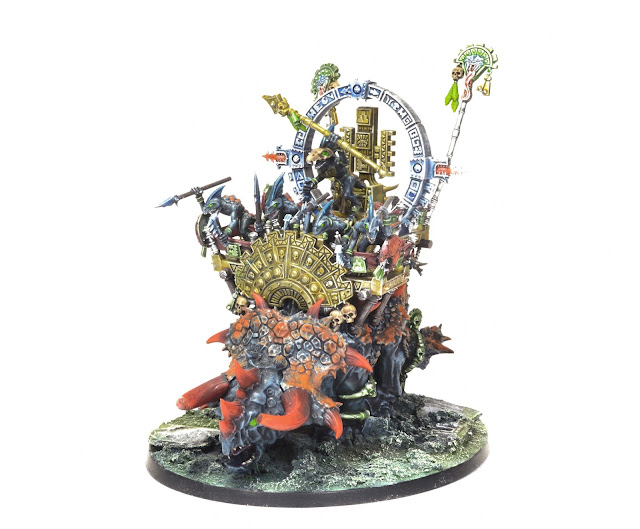 Finally, I painted up an Engine of the Gods and a Stegadon with the Crossbow. These were the most time consuming to paint due to the several different sub-assemblies, but in the end it is worth it because they look great on the battlefield. Like the Bastiladons, I sponged on the orange onto their skin. You will also notice they have red horns, similar to the horns on the palanquins of my Slanns. This was just to do something a bit different than the usual bone colours, these were blended up from dark red up to orange. I was also very happy to win the Engine of Legend painting competition at the Realmgate Wars Campaign Weekend for my Engine of the Gods, which is quite an apt award considering the name!

Thank you for reading this part 7 filled with lots of big dinosaurs, which one is your favourite? That's not all for the big dinosaurs though, in the final part of my Seraphon collection showcase, the biggest dinosaur of them all!