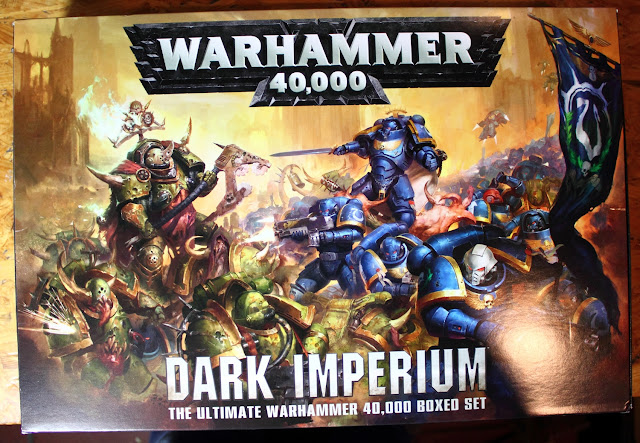 Hey, Sigur here and in this short series of articles I'll share info and opinions about 8th edition 40k and the new starter box Dark Imperium in particular.

This is the first time I bought a 40k starter box since 2nd edition actually and I haven't played a game of 40k since the one game of 6th edition I had. So don't worry, I'm an expert from the internet.

I have to admit, I did enjoy the tingly feeling of getting out of the store with this big box in hand. That's the magic of the big box, as one Mr.Henry Hyde called it a few years ago on a podcast. And there is something to that. The haptic experience of walking into a shop and walking out with a heavy box and much lighter wallet still has something to it.

Anyway, on to the goods. Looking at the back we get a whole lot of info on what's in the box already, along with pictures of the whole lot of minis and some example minis shown at actual size. 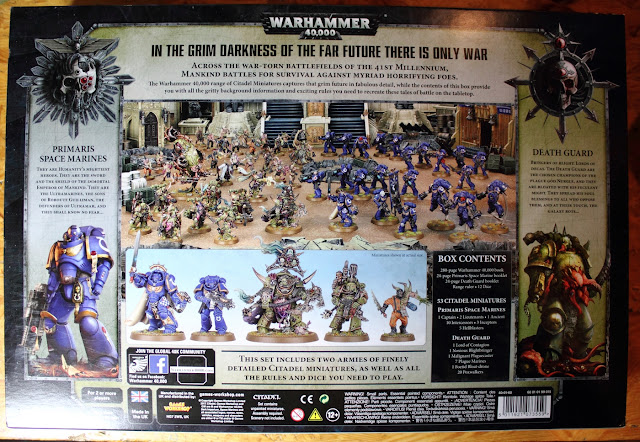 This set is all power-armoured by featuring Death Guard Chaos Space Marines (including cultists!) versus the new Big Marines. Of course, the concept is another take at the old "like Space Marines, but more elite" thing, about which one can be of two minds.

The back of the box also gives us quick and flowery explanations about who the Primaris Marines are and who the Death Guard are.

When opening the box this chap stares us in the face: 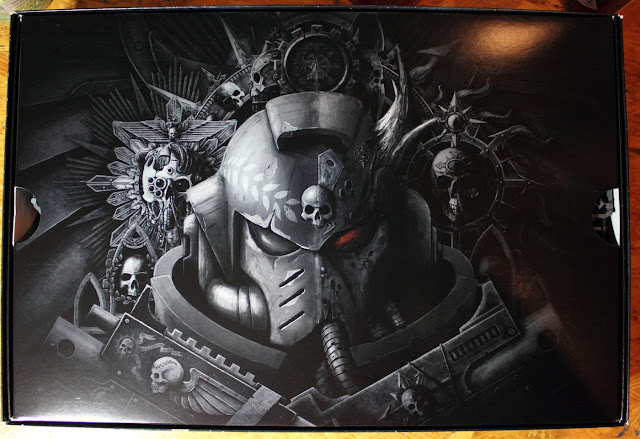 That's a nice touch. It's basically the top of a tray-like cardboard box containing all the plastic sprues.

Once we remove that we go on to a cardboard inlay holding the hardback rule book and underneath it mini-codices for Primaris Space Marines and Death Guard, an assembly and painting (by GW's standardised system of painting) instruction for the models and a very handy quick reference folder for the core rules. That's cool, I like quick reference sheets. With games like 40k it's also required. 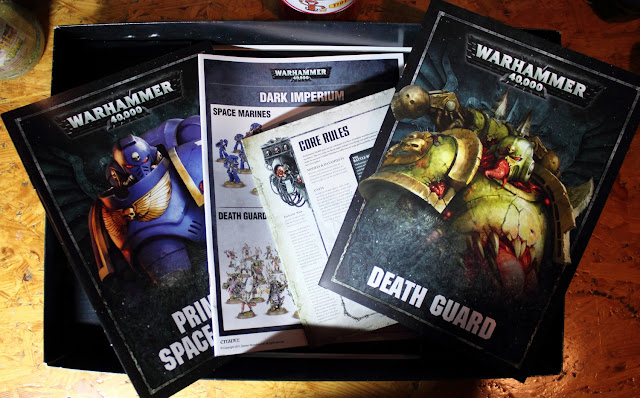 Underneath the cardboard inlay, we find the bases for the miniatures (including the interesting new flying stands for the Primaris Space Marines Inceptors), a baggy holding 12 six-sided dice (pretty ones too) and a 12" measuring stick. Yes, the infamous whippy sticks are gone but do not fret, because the edges of the new measuring stick are pretty nasty as well. 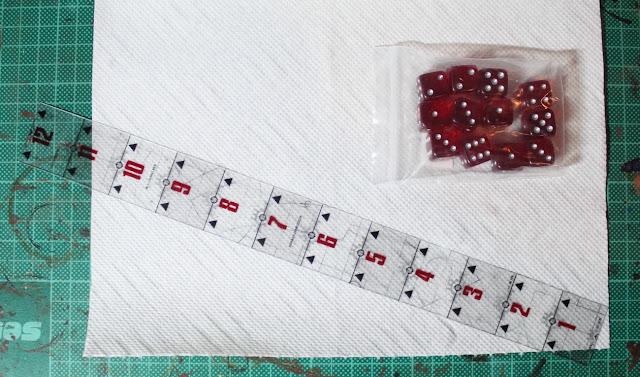 For some reason, I had expected a smaller, soft-cover version of the rule book to be in the box, but this one's full A4 sized, 280 page, full-colour, hardback book. 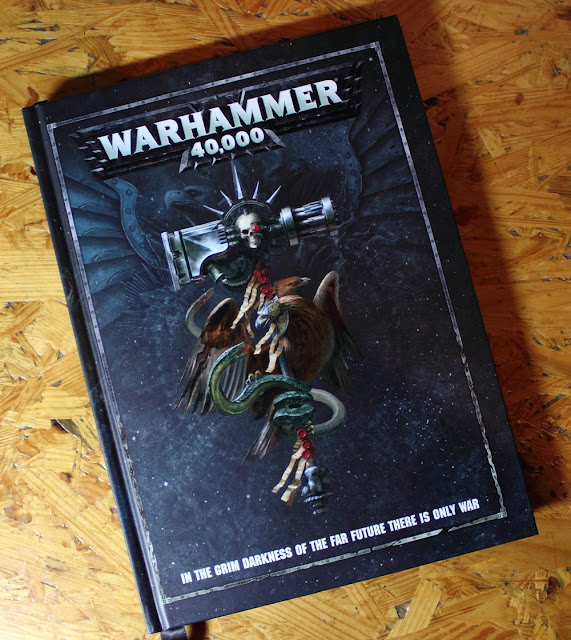 ... into which I will take a closer look in part 2 of this series. Next time we'll chat about the rule book itself and the rules and why they ______________ [Insert as required: ruin the game/are a renaissance of 2nd edition glory/will save GW/make your army unplayable and your mate's overpowered/are dumbed down/make 40k a thinking man's game].