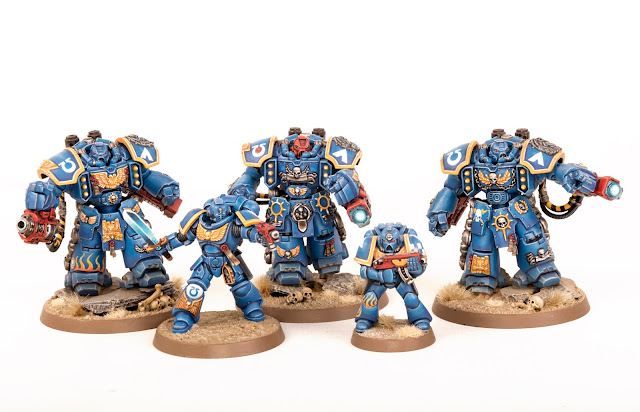 It's no surprise to regular readers that I love a box set. So when Dark Imperium dropped I had to get it.  I'm so happy to be painting Ultramarines again. 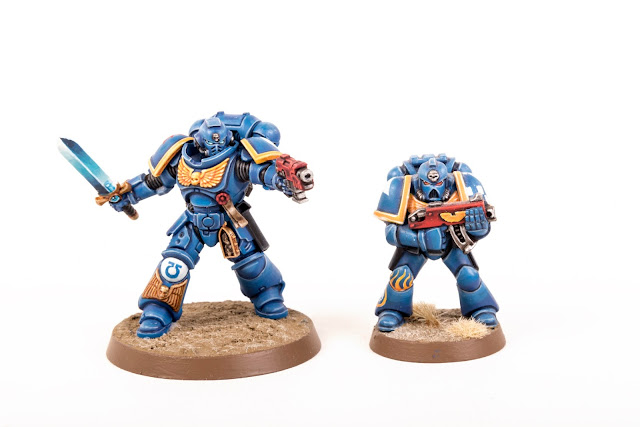 I'm a big fan of the 2nd edition Ultramarine Scheme which has some nice bright colours. I was really intrigued to see how it would translate to a Primaris Marine and I was not disappointed! 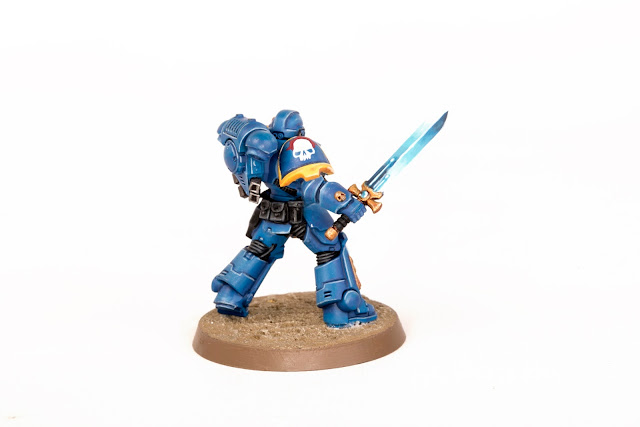 It's incredible to see how far the plastic technology has come since those 2nd edition days. It's also crazy to see the scale creep. These new guys are massive. Even though it's written into the background they're supposed to be bigger you can't help but think this is GW's way of trying to give people true-scale Marines and address some of the scaling issues (Cadian Guardsmen the height of regular marines?) 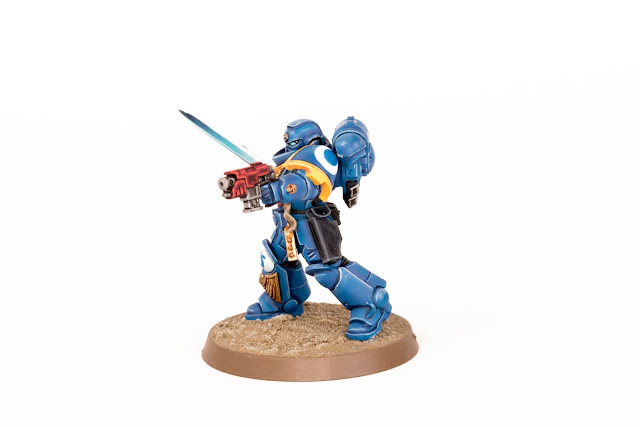 So it would seem in the grimdark far future there is only bright colours! Now I really should finish off these Space Wolves before I carry on with the Primaris.