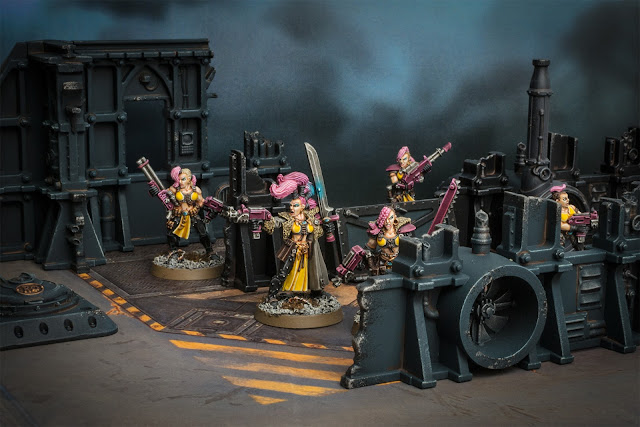 Kicking off my Kill Team/Necromunda terrain collection, I painted a set of STC Ryza Pattern Ruins. Check out some more atmospheric pictures after the jump. 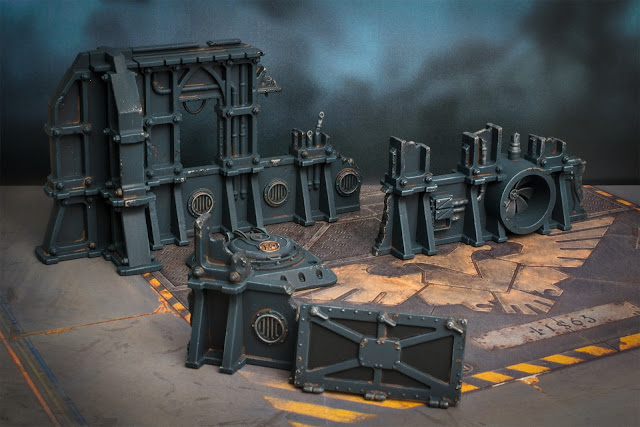 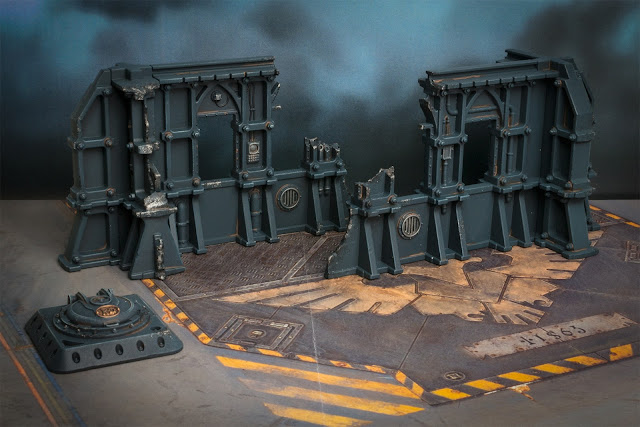 The ruins were primed with black primer, then sprayed with a zenithal highlight of Incubi Darkness. For the grime, I washed thinned Rhinox Hide and then Formula P3 Bootstrap Leather into select recesses. Then I drybrushed with Incubi Darkness, Thunderhawk Blue, followed by Screaming Skull. Finally I added a sponge weathering effect by applying black and Army Painter Gun Metal (Leadbelcher). The paint scheme was inspired by the dark turquoise tiles found on the Kill Team Sector Imperialis board. 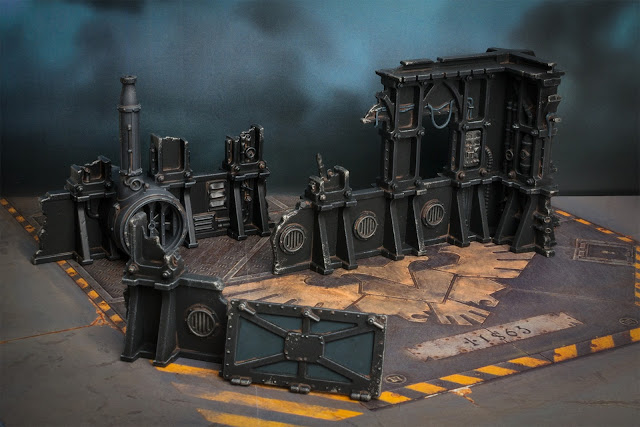 The Ryza Pattern Ruins set comes with two copies of two different sprues, unfortunately, the third sprue with the larger ruin from the Moonbase Klasius set is not included. Which means you get lots of similar looking structures. But the ruins build and paint quickly and look great along the classic Necromunda bulkheads, which I will paint at a later point.

For more variety, I painted a couple of pieces with a black paint scheme and added some leftover parts from the Alchomite Stack set. The black was painted the same way as the turquoise, but I skipped the zenithal highlight stage and went straight to drybrushing with Mechanicus Standard Grey and Screaming Skull.