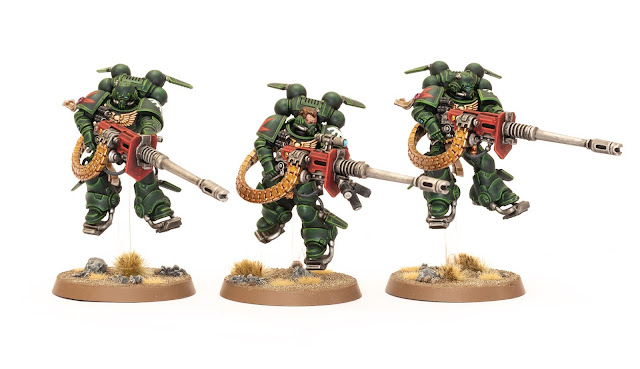 Ah the Suppressors. Generally regarded as a silly looking unit. My first impression was something very similar, I thought they looked odd floating in mid air while trying to aim such a long weapon. What do I think of them now? Well after the jump I reveal all!

Come little brother, let me show you how to capture Fallen. 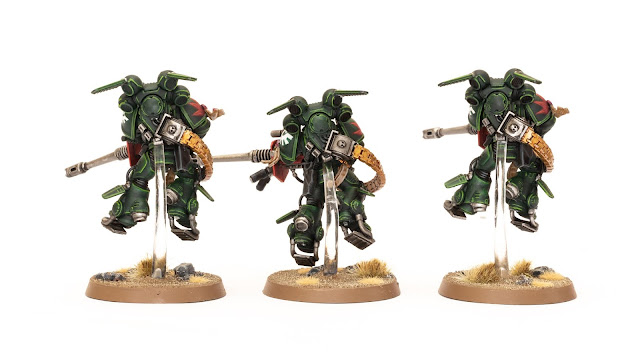 I also like the idea of the Suppressors. Mobile fire unit suits the Adeptus Astartes so much better. They hit and run. They're always outnumbered so they shouldn't be stuck in a single location. Gun line marine armies just doesn't feel right, whilst falling from the skies like avenging angels all guns blazing seems a much better fit. 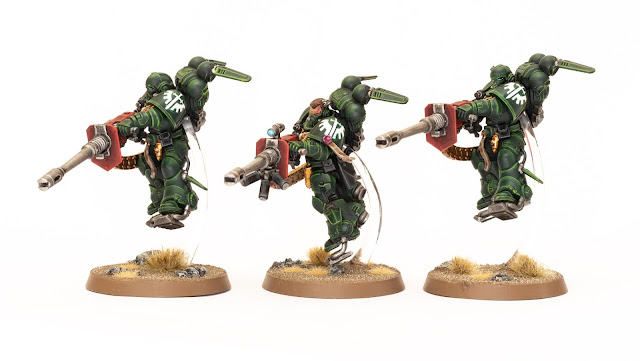 Suppressing Fire, it's what they do.

They have a really nice special rule as well, if you kill a model in a target unit, they then can't fire overwatch. Really useful in making sure all your Reivers make it to the fight and don't get gunned down.

What do you think of the Suppressors?