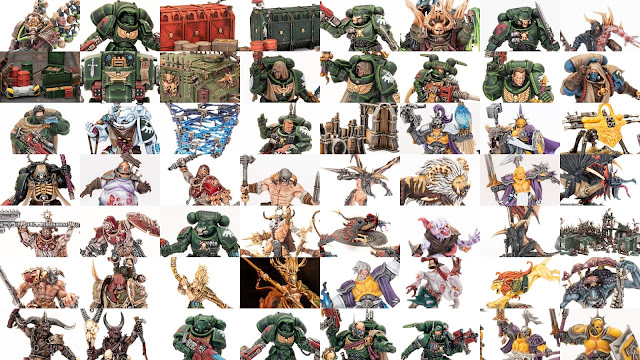 By Sigmar's beard! Would you look at that lot. I hobby'd harder than Dark Angel trying to keep a secret in 2019. The above thumbnails aren't even the bigger picture, most of those are units of models! After the jump I recap 2019 and share my 2020 ambitions.

At the beginning of 2019 my hobby resolutions were:
• Continue painting Conquest
• Play a game of 40k

I clocked out of Conquest at around issue 44. Up until then I did manage to keep up with the monthly painting. I didn't get to play a game of 40k. I did play a couple of games of Age of Sigmar against Spaceshrimp though. I did get to go to Warhammer World a couple of times and I had my Dark Angels featured in a White Dwarf Index Astartes Army Showcase.

2019 Hobby Highlights
So many amazing things happened this year, let's see, in no particular order: one of the first things that stands out is meeting some amazing Games Workshop people at Warhammer World. At the Age of Sigmar open day I chatted with Louise Sugden (Forge World designer and illustrator), Jes Bickham (Product Dev Team), Sam Pearson (Rules write) and John Blanche (Creative Director). At another visit to Warhammer World, I chatted with my pal Dan (White Dwarf writer), had lunch with an old friend Ben (product developer Manager). Also met and chatted James (head of Exhibition team), Martin (Video Manager), Andy (Design Manager) and John (Warhammer Community). Not to mention I bumped into Nick Bayton (Warhammer TV personality) in the store and on the stairs I got to meet (The) Duncan and get a selfie. 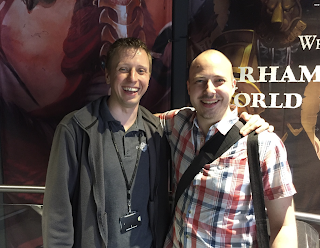 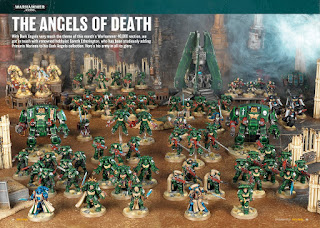 My Dark Angels gracing the hallowed pages of White Dwarf

Other highlights include the already mentioned White Dwarf feature. That was awesome and it's my 4th Army Showcase in White Dwarf! Amazing. I love White Dwarf, if you're not subscribed, do you even hobby? 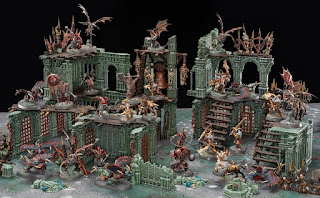 Other interesting highlights were Games Workshop choosing to send me review samples of Contrast Paints, Warcry boxed game and Beastgrave. I'm not much of a reviewer because I love everything but I am a hobbyist and this blog is chocked full of blog posts of me using these paints and painting these games. Warcry and Beastgrave are now fully painted and look amazing. Can't recommend them enough. 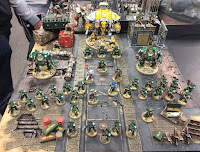 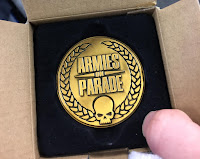 Winning Gold at my local store's Armies on Parade competition was a great highlight to 2019. 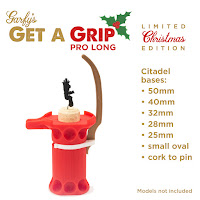 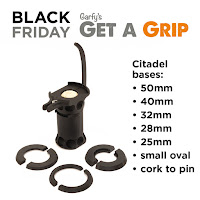 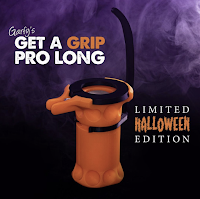 Some of the limited edition grips I sold in conjunction with my usual range.

The final highlight would be my little business selling hobby products I design and produce. The feedback has been incredible and they've proved incredibly popular. Me and my family just want to say a huge thank you to anyone who has bought from me. I can't explain what it's mean't for my family but you've made a difference. Thank you.

But enough of that, you're here for the painting, let's check out what I managed to paint. You might want to get a drink and get comfortable, it's going to be long! 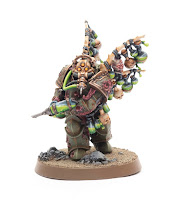 January – This was a pure Conquest month. I painted a Biologis Putrifier, 5 Dark Angels and some terrain. 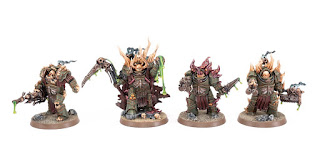 March – In March I only posted the Pox Walkers and Terrain but I was working on the Redemptor Dreadnought. He wasn't;t finished and posted until April though... 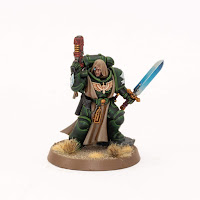 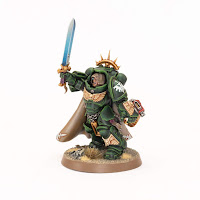 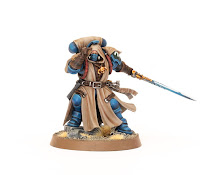 April – This was a bumper month that saw the Redemptor Dreadnought get finished. From Conquest I was able to paint a Deathguard Rhino, a Primaris Captain and three Primaris Marines. I picked up a Lieutenant from Warhammer world who also got painted. I also managed to get a copy of Shadowspear and made a good start on that painting the Librarian and Suppressors. 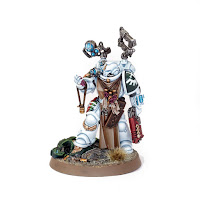 May – A lot of May was spent working on the Apothecary. The white armour was pretty tough to paint and all that detail over the white made it extra difficult. I enjoyed painting the Eliminators. I also managed to paint the Stormcast endless spells which were a Christmas gift from Arcane. ' 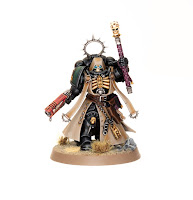 June – This month saw more Dark Angels with Infiltrators and a Chaplain joining the ranks. I also returned to my Stormcast and painted a Underworlds Warband, a Celestar Ballista and finally finished off 2 Draconian Guard that were half finished on my desk for months. 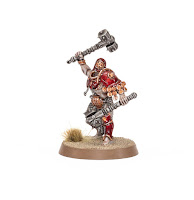 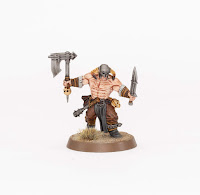 July – Was the beginnings of Warcry. A visit to the Age of Sigmar open day saw me get a free Iron Golem to paint. I used a Blood Bound warrior as a Untamed Beasts test model. We also kicked off #TaleofTuesdays with our Bloodbowl teams and I managed to paint the first three players of my Nurgle Rotter's team. 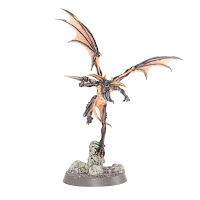 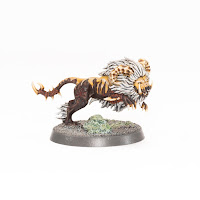 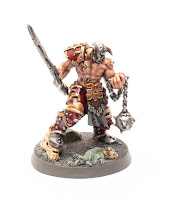 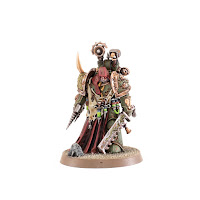 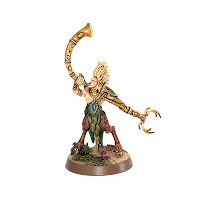 September – Was a crazy month, I finished off the last few bits for Warcry. I also picked up the Monsters and Mercenaries Expansion Book and painted a Slaughterpriest to join my Iron Golems. Another three Nurgle Rotter's players were painted. A Death Guard Plague Surgeon and Stormsire's Curse Breakers were unfinished projects that I finally finished and I started on the Kurnoth Hunters from the Beastgrave set. 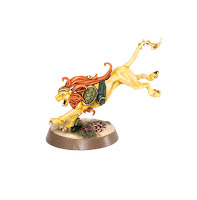 November –  Saw me tackle some Dark Angel projects. I wanted to complete the Interceptors and Hellblasters I had half finished. I also painted the Shadowspear Captain and Lieutenant. 3 Evocators were added to Cursebreakers to make a 5 person team.

December – The last month of the year saw me continue finishing off projects. I painted two liberators to turn my Steelheart's Champions into a 5 person strong Battle line unit for my Age of Sigmar army.  I finished Grashrak's Despoilers and in the spirit of finishing things I finished all the Marines from the Shadowspear set by completing the Infiltrators. Phew! Done.

If you want to check out more pictures of the models I painted last year, follow this link for all my recent showcase posts.

What are your hobby resolutions for 2020? Share them with us in the comments!