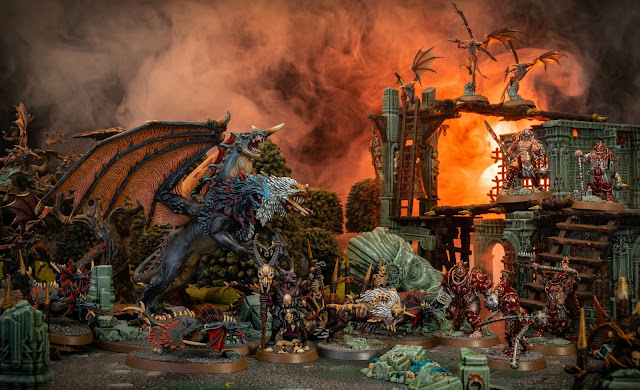 As his lands burned, Mohshoof swore vengeance against the Iron-clad pillagers who defaced his territory. Braying an incantation, he bound the native Beasts of Chaos to his will. Furies swooped down to snatch up unwary warriors, squawking Raptoryx slashed out with beaks and claws disemboweling their victims. Guttural roars in perfect unison and the splintering of logs were heard from the forests. Suddenly a terrifying Chimera crashed out into the open, breathing white-hot fire on the hapless Iron Golems. The Bray Shaman smiled to himself and shouted at the beast "I will call you Chimeryx". More pics after the jump. 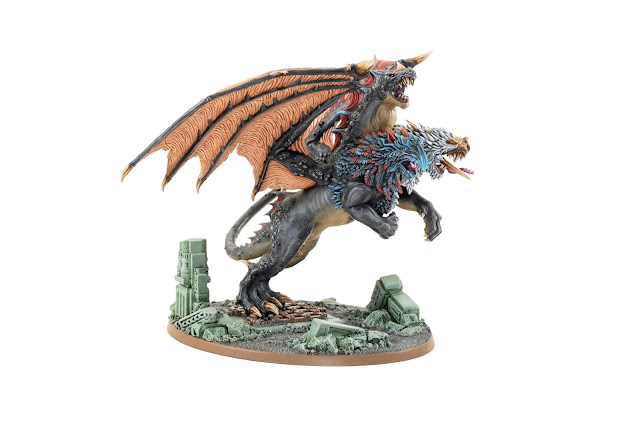 The Chimera model was released nearly 10 years ago in 2011 as part of the Storm of Magic Warhammer Fantasy Battle Supplement. The idea was any army could bind this Beast of Chaos using spells to join their forces. I use to bind a Manticore to my Orc and Goblin army in this way. 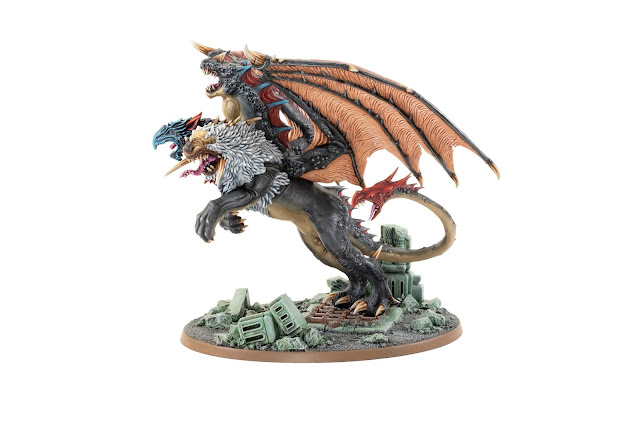 Fast forward to 2019 and the Chimera returns this time repackaged as a Warcry Supplement. Another notable change is the model now comes with an oval base. Inside the box, you also get the fighter card and abilities card for the Chimera. These are only available in the Chimera box. They never published the Chimera rules in Warcy: Monsters and Mercenaries supplement or the recently released Warcry: Tome of Champions 2019. Which is a bit frustrating to anyone who previously owned a Chimera and wants to use it in Warcry. You can see the rules in the photo gallery for the Chimera on the Games Workshop website, but the download link gives you the Age of Sigmar Warscroll. 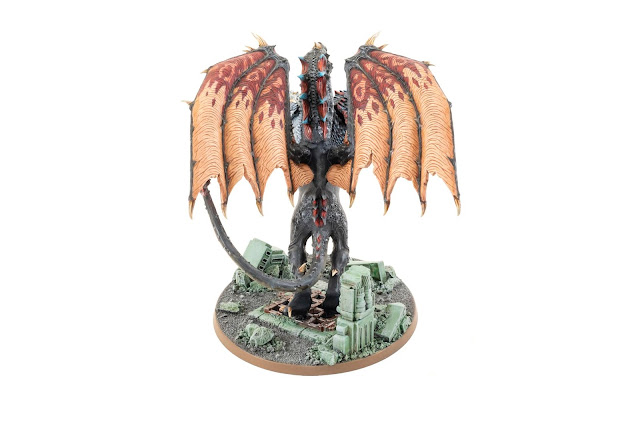 I recently spent a day playing Warcry campaigns with Spaceshrimp. My Iron Golems battling her Untamed Beasts for territory and lesser artifacts. We're nearly at the point where we can fight challenge battles and rick our territory for the chance of breaking the will of a monster to join our warbands. 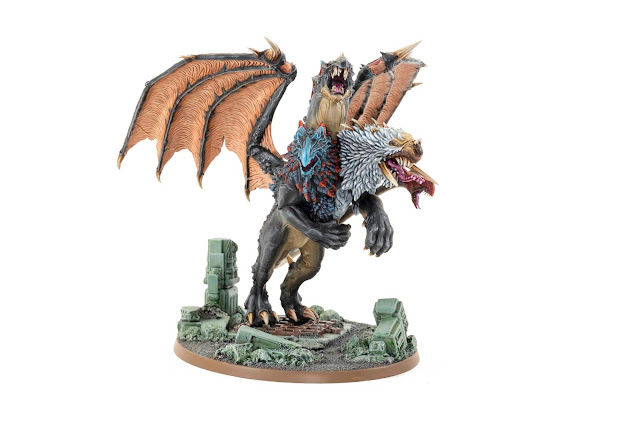 We were playing these games in Badmoon Cafe in Borough, London. They serve pizza, beer, coffee, and stock Games Workshop products. I was looking at the Slaves to Darkness Start Collecting set but put it back and picked up the Chimera. Spaceshrimp was talking about fighting a Ghorgon to try and add it to her Warband and decided the Chimera would be my trophy to conquer. 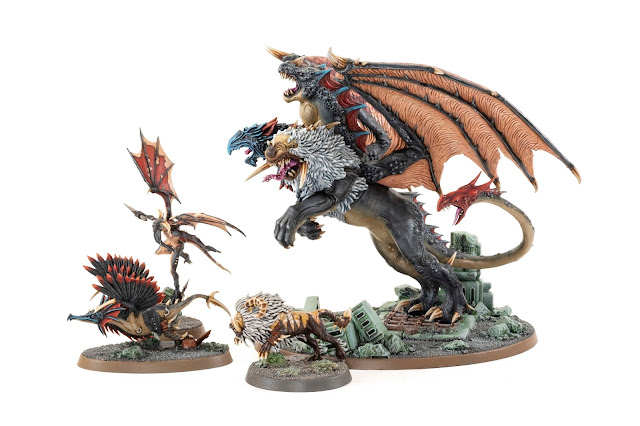 I spent just over a week painting the beast. I came up with the idea of combining the paint schemes of my Warcry Beasts and applying them to the Chimera. It quickly became known as the Rocktusk Chimeryx. I'm super happy with how it came out. You can see the tutorials I used here.

I've been using the Azyr Army Builder app in combination with the Slave to Darkness Battletome recently to turn my Warcry collection into an Age of Sigmar army. Sadly the Chimera isn't in the book but I can field it as an ally.

I'm looking forward to playing more Warcry later on this month, I'll be sure to share my progress so watch this space... can I defeat a Chimera in a challenge battle! 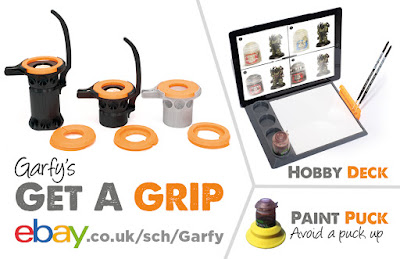