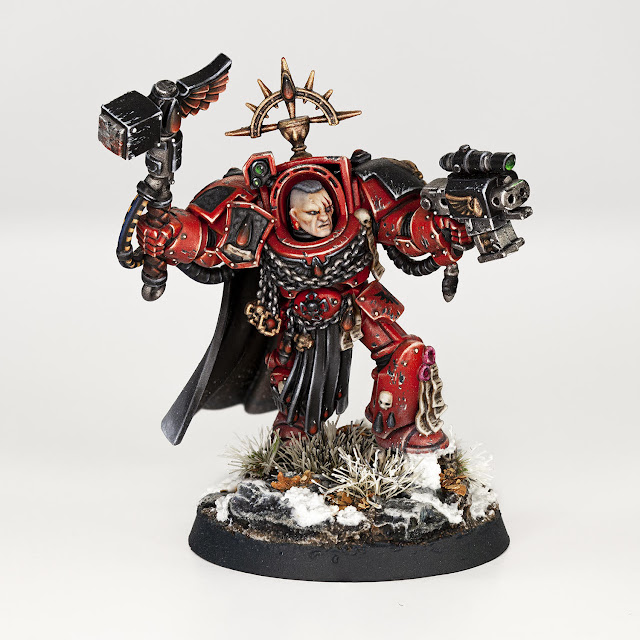 Hey party people! I'm Forest, the new guy. Probably like a lot of you, I used to paint a little in school, long ago. Now is my first anniversary of painting again and its time to show you one of my Blood Angels army's characters: the Captain in Terminator Armour. You might know the model from the Start Collecting box, except for one detail - after the jump. 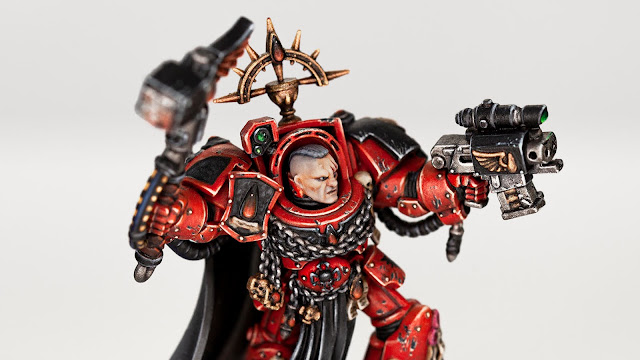 First things first, the model is just awesome. It's bulky, armed to the teeth and full of all the bling you wanna see on a Space Marine Captain. The only thing that had to be changed was the head since the default face looks like a member of the Backstreet Boys. Which is, of course, heresy. Now with a more battle-hardened face he really looks like he leads from the front. In our little Kill Team campaign, he's known as Captain Crassus Flexus, always on the edge and looking for trouble. 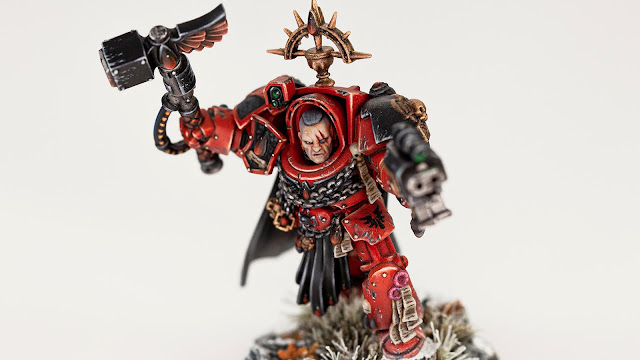 The colour scheme is a classic red with black trims and details, just a bit darker than the codex Marines. Because... they're space soldiers, after all ;) 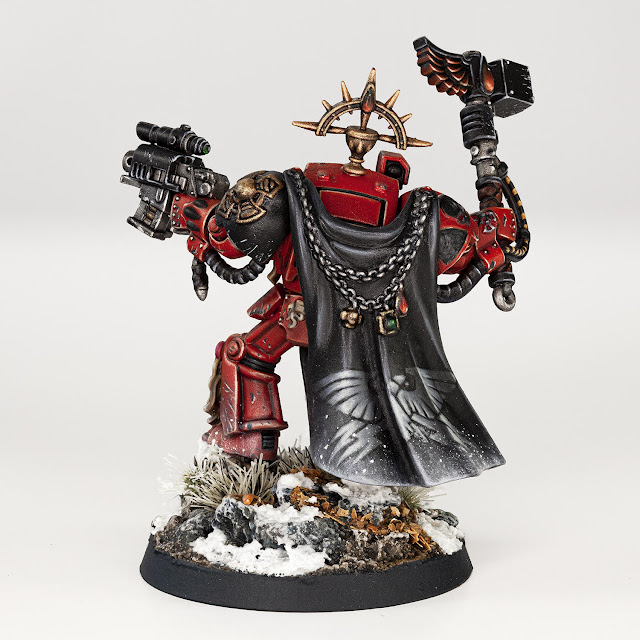 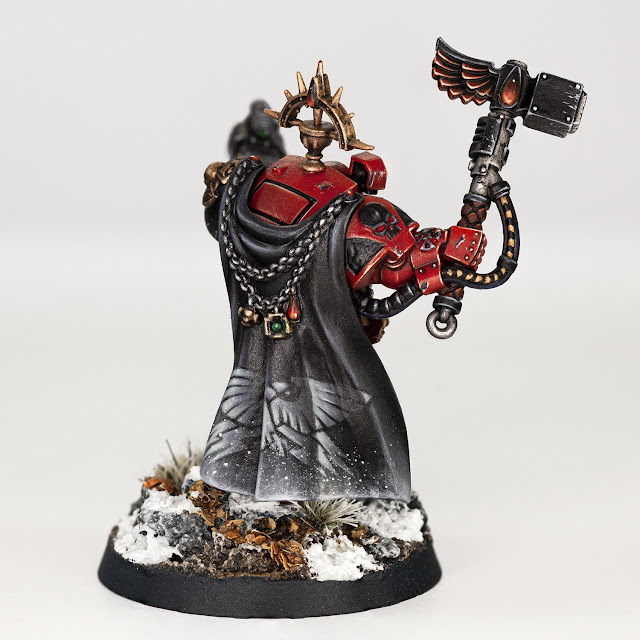 I tried fiddling with freehands for the first time on this model, and as you can imagine, the cape wasn't exactly a perfect fit for a first step in the world of freehands. But after a decent amount of attempts and swearing the Imperial eagle shines in all its glory.

What do you think about his new head – badass or bad choice? Leave a comment or reaction below.
40k / Blood Angels / Guest Posts / Showcase