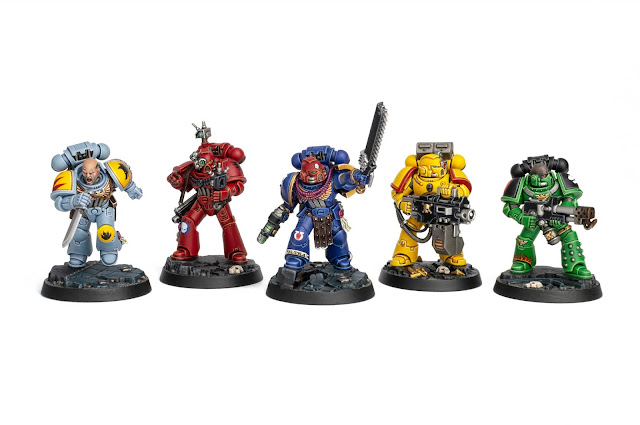 Today I present you my completed group of Space Marine Heroes from the Space Marine Adventures boxed game, which became available in the UK lately at GAME just now. Each model hails from a different chapter, which made these a fun project to paint. Find out more after the jump. 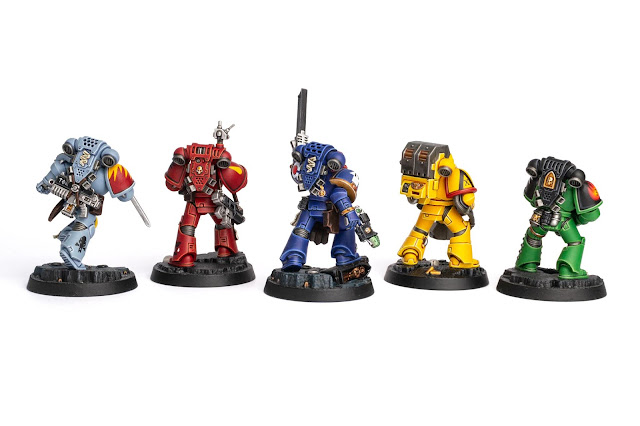 Space Marine Adventures is a standalone dungeon crawler game that is available in select retail outlets in select countries, for example Barnes & Noble in the US or at Müller or Mayersche Buchhandlung in Germany. It's fun, but a bit basic, so you can play it with people that find GW's main systems too complex. It utilizes the models from the Space Marine Heroes blind bag series, which I reviewed here. The models are slightly taller than regular multipart Tactical Squad, similar to the Deathwatch Kill Team box. You can find scale comparisons in my review as well. 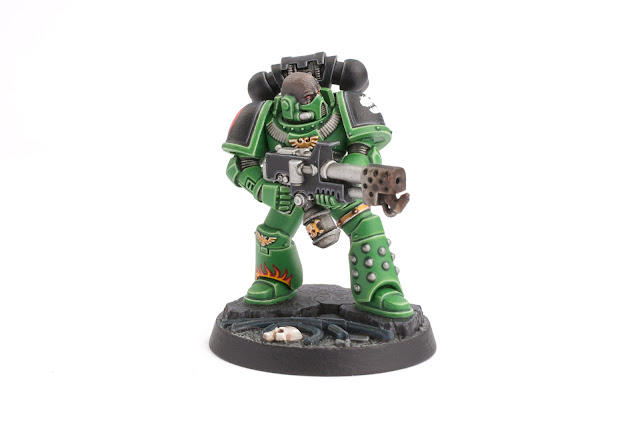 The first model I painted was Brother Calistus/Infernus, painted as a Salamander. I haven't painted a Salamander before, so it was quite fun to find the perfect shade of green for the armour. I've written a step-by-step painting tutorial here, so check it out here. 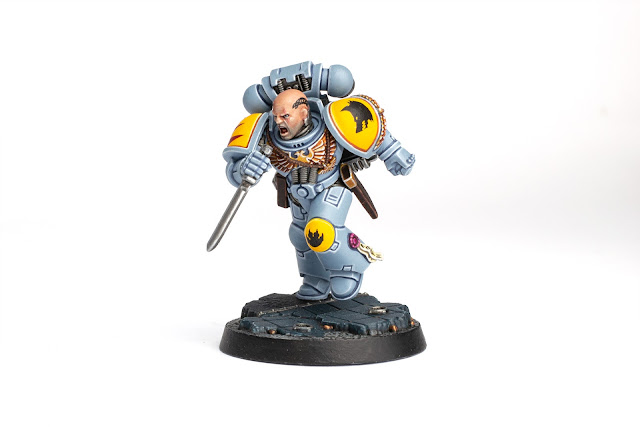 Next up was Brother Aethor/Frostclaw, for which you can find a tutorial as well. For the group shot, I added a Celtic style tattoo to his head to make him look a bit more Space Wolfy, as the model itself is very generic. 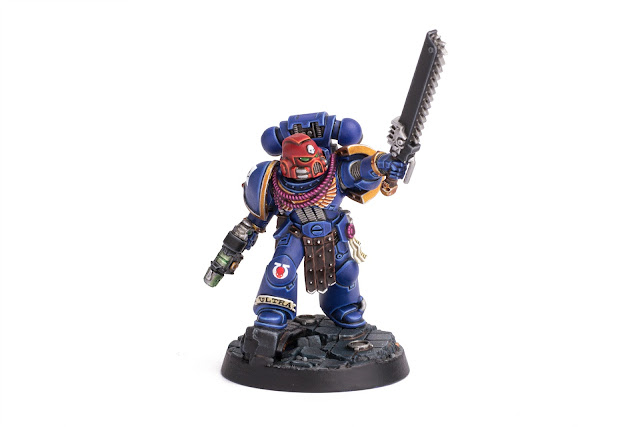 Brother Sergeant Sevastus/Cassius was a home-run, as I used the same recipe for his armour as in my Ultramarines army: basecoat of old Mordian Blue, shading with VGC Black Ink, edge highlights with  VGC Ultramarine Blue and VGC Steel Grey. 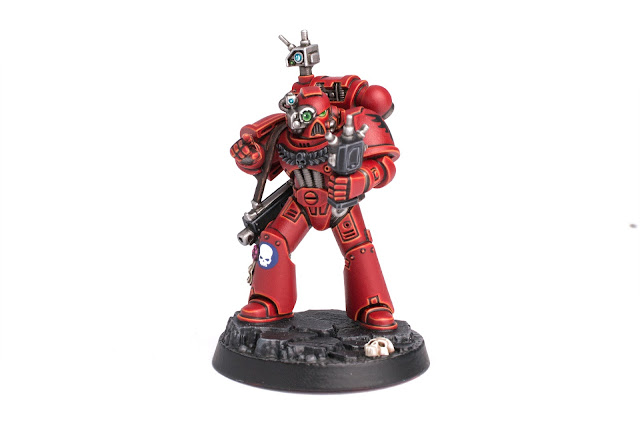 Brother Dolor/Gabriel was reminiscent of my now sold Blood Angels collection, but I recreated the paint scheme with Army Painter paints, check out the tutorial here. 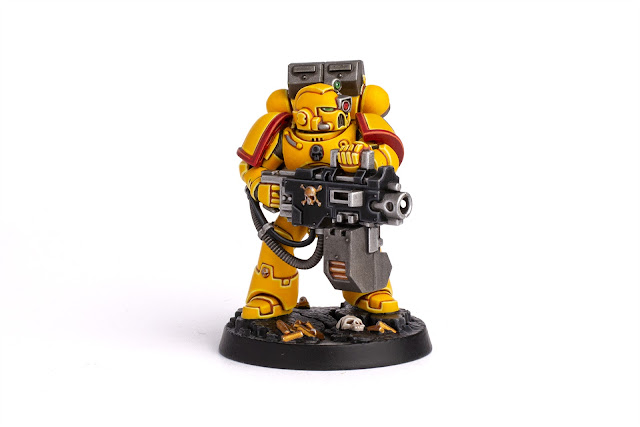 Last but not least we have Brother Toriad/Grimm, which was the most difficult model to paint, along with the light grey Space Wolves armour. A basecoat of Yriel Yellow, shading with a mix of Goregrunte Fur and Skrag Brown, edge highlights with Army Painter Daemonic Yellow and Dorn Yellow.

Lately, there has been a Space Marine Adventures painting set and two expansions with three more models each. One set even includes the "chase figure" Captain model. Sadly they're only available at Barnes & Noble in the US so far, and they no longer ship to Europe. However, I collected a couple of other models from the Space Marine Heroes series 1 and I plan to paint them all over time, again in different chapters and maybe along with tutorials. After all, they are probably the final Non-Primaris Space Marine models we'll get, so I'll have to enjoy them to the full.

Do you still have a soft spot for classic Space Marines? How do you like my Space Marine Heroes collection? Tell me in the comments below.