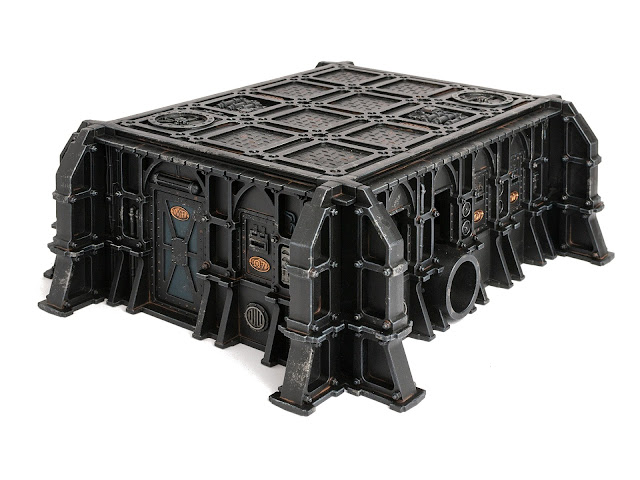 A while ago I bought the Sector Fronteris Killzone for Kill Team, to expand my collection of Ryza pattern ruins. I really like these kits, as they build and paint up quickly, and have a very similar style and height to the classic Necromunda bulkheads (I just painted a full set of Necromunda starter set and Outlanders cardboard and bulkhead buildings, check them out here).

The Sector Fronteris box comes with four sprues. The basic Ryza sprue that is included in the Ryza pattern ruins box, the Ryza sprue that was only available in the Moonbase Klaisus set, and two copies of a brand new sprue that allow building an intact Ryza structure.

I stuck to a very limited and consistent palette for my 40k/Necromunda/Kill Team terrain, comprising black, petrol, dark green, grey and brass. My Ryza buildings are either black or petrol, and for this building I chose black. 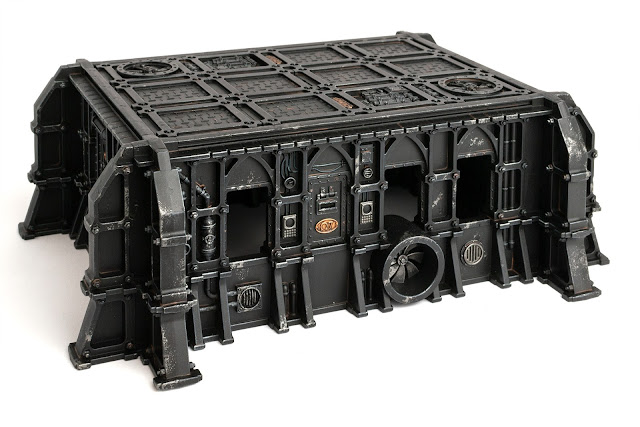 I still have a few Ryza ruins and some other terrain features left to top off my collection, which I'm going to paint in the next couple of weeks and months. My aim is to finish all of my 40k/Necromunda/Kill Team terrain until Summer, then coming up with a Necromunda themed Armies on Parade board for Autumn.

Stay tuned and leave a comment or reaction below!