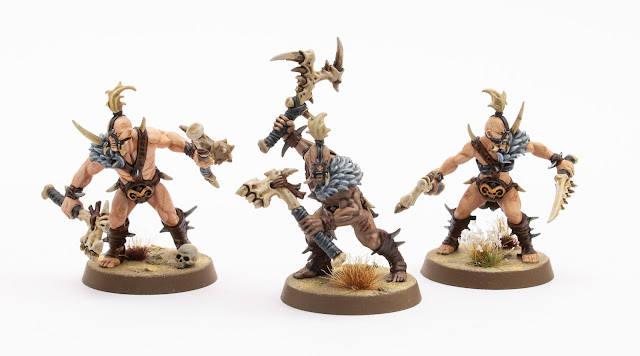 So if you have been following Garfy on twitter, you will know that he and I have been playing quite a lot of Warcry recently. So I would like to share with you all the first miniatures of my Untamed Beasts warband! 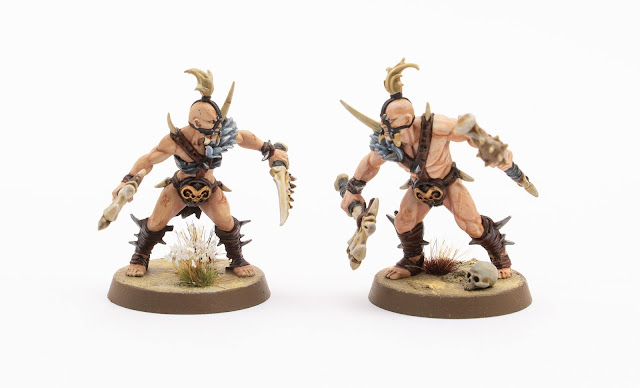 I have mentioned before how much I love the campaign system - especially since the update makes every game feel like you are making progress. I have been working on progressing my Untamed Beasts through the Firescar campaign and already have amassed a few territories and allies. The Plains-Runners were the first miniatures of the set that I painted as I thought it would be a good place to practise my scheme and iron out any potential issues before committing to painting any more significant characters. 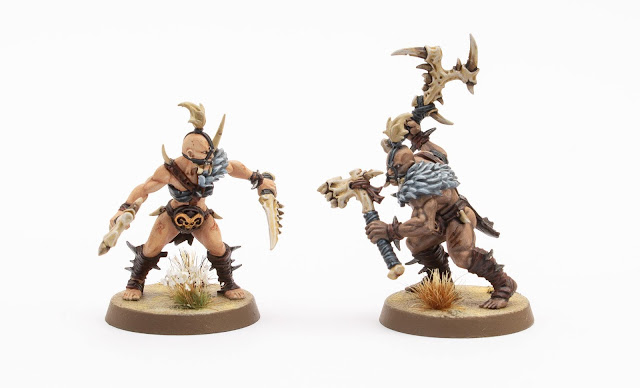 Right from the get-go I had a clear image in my head that I wanted my warband to look like they were stalking through a sun-scorched savanna. So strangely (maybe? well for me at least...) I started with the base because I really wanted to set the tone and environment first, and then paint the minis to fit that environment, rather than the other way round. Sometimes I feel like people base as an afterthought, but I actually think it is a really important part of any miniature as it gives so much context. 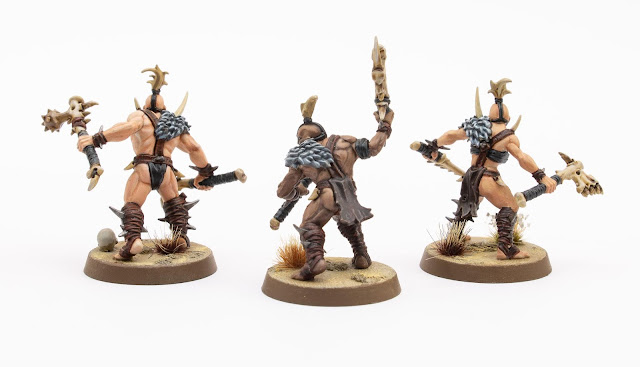 I am super happy with the warm yellow base, a bit of dust to emphasise that bone dry parched earth. After that I used a combination of my traditional skin tone techniques to paint the flesh areas, and then painted the bone areas...bone colour (shocking). By that time, I felt like I had more or less completed the models! The only other thing to really make a decision over was the colour of the leather straps and fur...There isn't a lot going on with these miniatures which is actually something I welcome. I am not a fan of miniatures that are "over-designed" and have more elements to them than needed to convey a story.

Thanks for reading, I hope you like them. Ironically they rarely make it into battle as even though they on my roster I tend to favor deploying other miniatures over them, but they have certainly served their purpose as a good test for my paint scheme.