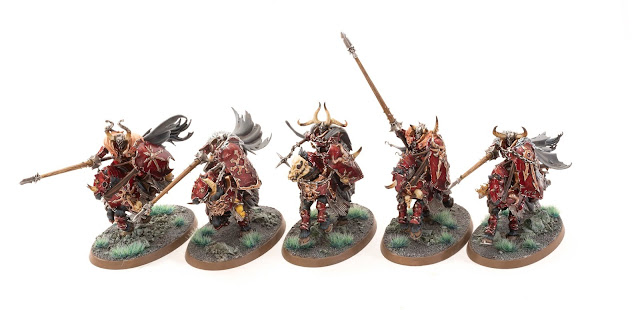 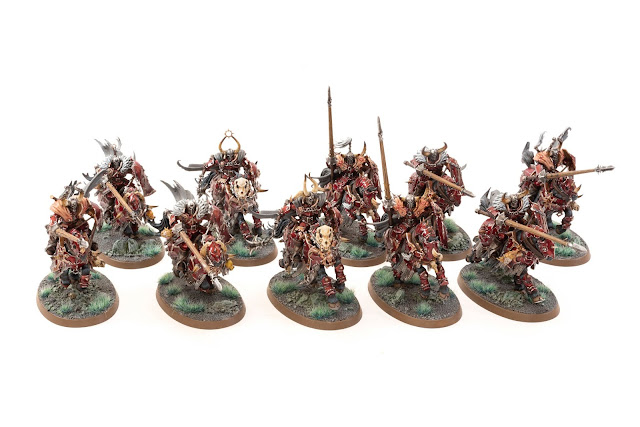 Not only are all ten visually impactful, but it also meant I’d finished the Start Collecting Set and broke the 2000pt barrier (2020pts to be exact, but this might change in the next couple of weeks when the General’s Handbook is released).

Here’s a little something extra to help showcase the models. I’m still playing around with video settings but I might make more of these little turntable videos. 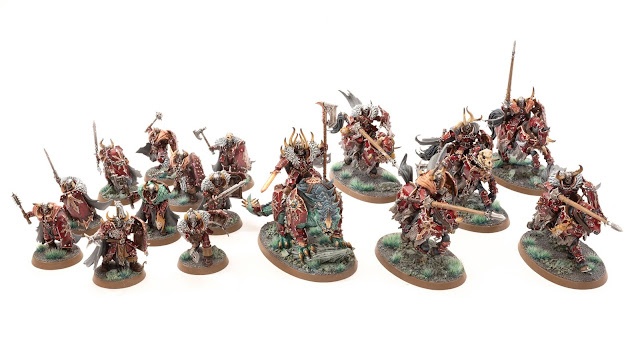 Here’s the picture of my completed Start Collecting Slaves to Darkness set. It’s a great set because it’s all brand new sculpts. It’s weird though because they’re pushfit models, the kind you’d expect in a Starter box game. Makes me wonder if these were axed from a Starter Game? Maybe Wrath of the Everchosen book was suppose to be a game? Who knows, I’m just happy they were released.

Here it is. My entire Slaves to Darkness collection. It’s so cool because it’s just Warcry Warbands I’ve collected. You can read more about this in my ‘Fron Warcry to Army’ article I wrote for Games Workshops Warhammer Community Blog here.

I’m now looking forward to painting some Dark Angels and Necrons for a while. Watch this space.