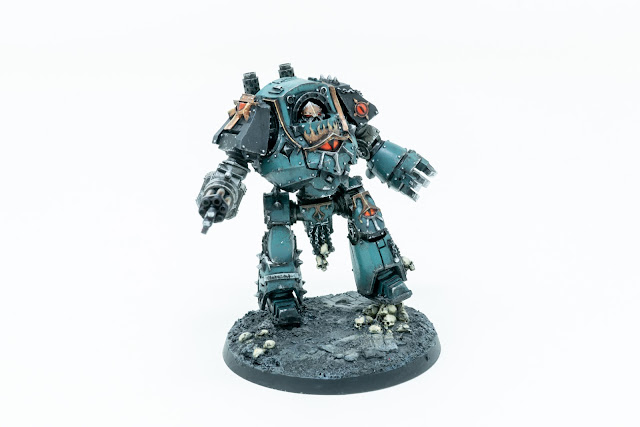 Hey everyone, Silvernome here back with more Chaos Legion goodness! As you may have seen by now with my previous posts here on Tale of Painters, I’ve been working on this project to paint each of the nine traitor legion Contemptor Dreadnoughts and eventually making a diorama out of them.


The eighth dread in the series is the Sons of Horus! As I shared in my previous Contemptor posts, I fully magnetized the dread (you can find my quick tutorial my Youtube channel) so I could hot-swap weapons on them all. I also magnetized the feet of the dread so when I eventually do a diorama, it can look at home on that display as well as a base themed for my army. 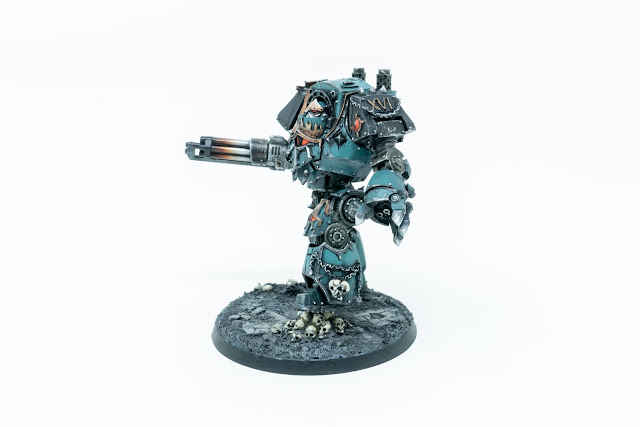 I’ll be honest, I was looking forward to painting this one the least. Maybe because the Legion/ paint scheme didn’t really make the transition to 40k? Not really sure...

BUT! I probably had the most fun painting this dread. So many details in the kit, completely different scheme overall to my previous dreads, the list goes on. I’ve been a big fan of Dorn’s Arrow’s Sons of Horus on Instagram and he has this awesome tutorial where he broke down his own recipe and alternative colors to be used. After much debate, I ended up going with the color named for the chapter, Sons of Horus green from Games Workshop (air range). 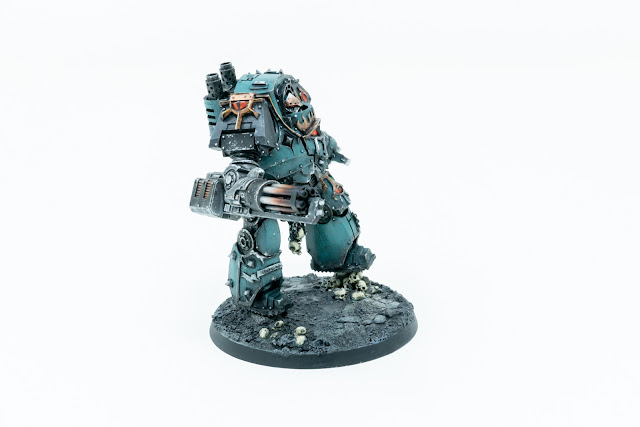 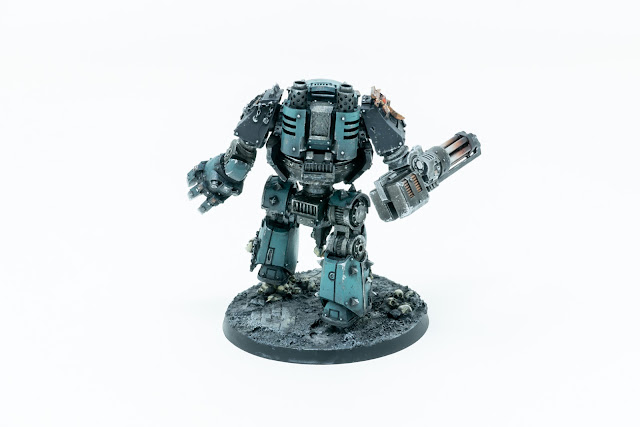 This was also the first model I’ve given oil paint washing a try. It works very similar to using AK Interactive Streaking Grime, which I use on all my Death Guard, but gives more color variations since it’s just oil paint. I used just straight Lamp Black for this and will definitely be using it from now on on future models.

I’ve also started to create video showcases, taking a closer look at my finished models. You can take a 4K look at this Sons of Horus dread on Youtube:

If you like this model and want to see more, you can check out my site www.silvernome.com or follow my gaming group’s Instagram www.instagram.com/brookhammer40k
Guest Posts / Horus Heresy / Showcase / Traitor Legions