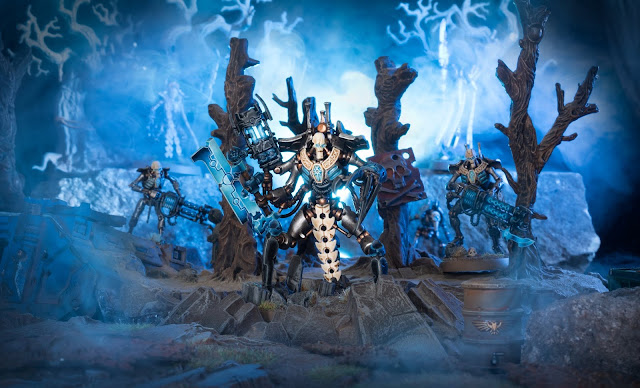 Continuing my lore and rules focus on the brand new units from Indomitus, today we’re looking at the Skorpekh Lord. Check it out after the jump.
The higher up the Necron Hierarchy the greater the ability to retain their own consciousness. Not so for the members of the Destroyer Cult, their twisted and corrupted circuitry degrading their ability to be empathic and compassionate. They now have the sole purpose of slaughter. This maniacal obsession to kill drives them on, the reasons why long forgotten and unimportant. 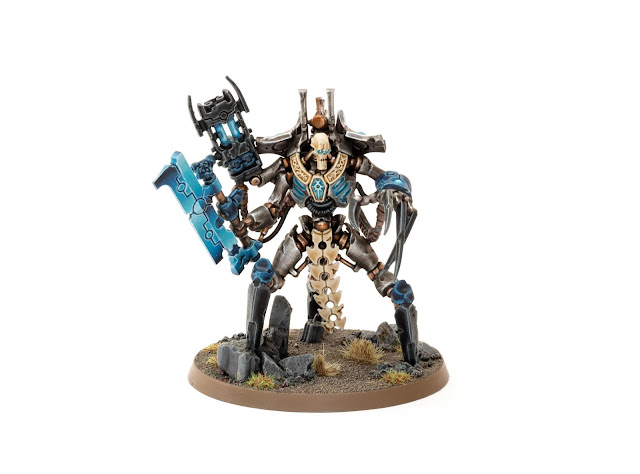 Despite his towering frame on his huge 65mm base it’s surprising that the Skorpekh Lord has the keywords Infantry and Character. I also feel like his 6 wounds seem a little low considering he is Toughness 6 and Strength 6. The extra leg on old tripod boy has definitely helped his movement as he’s 3” faster than your standard Necron warrior. He hits in combat and shooting on a 2+. And is protected by a 3+ armour save and a Phase Shifter that gives him a 4+ invulnerable save. 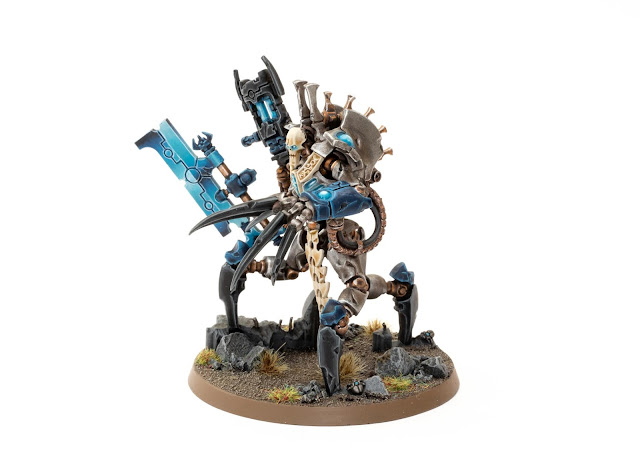 He might only have 4 attacks but he hits on 2+ and using his Hardwired for Destruction ability allows him to reroll hit rolls of as 1.

He also makes nearby friendly Destroyer Cult models more deadly if they are within 6”. They can reroll wound rolls of a 1. 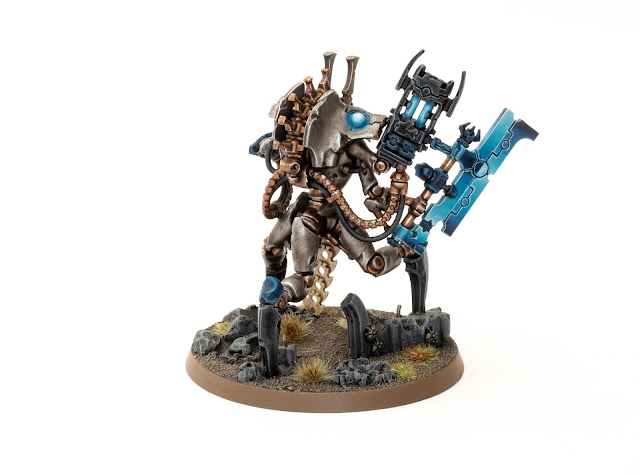 Having three arms means he has three weapon profiles. One is ranged and two are melee. The Enmitic annihilator has a range of 18” and is Assault 2D3. It benefits from the new Blast rules so you’re guaranteed more hits against larger units. It’s Strength 6, -1 Armour Penetration and Damage 1.

His Flensing Claw gives you two hits instead of 1 for each attack made with this weapon and is Strength 6, -1 Armour Penetrating and 1 Damage.

My favourite weapon of him is the Hyperphase Harvester. It’s Strength 8, -4 Armour Penetration and 3 Damage! The only downside is it’s -1 to hit.

Having painted the Skorpekh Lord I’ve now painted all the Necron Characters from the Indomitus launch set. That’s a nice little milestone to reach. I think my next Necron unit will be the Canoptek Reanimator. After that, I can settle down into some batch painting to get the units painted. 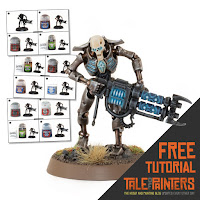 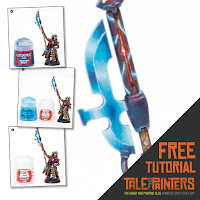 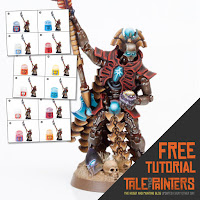 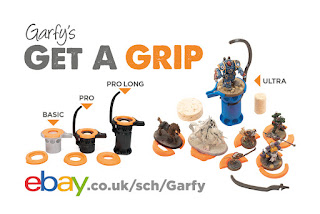