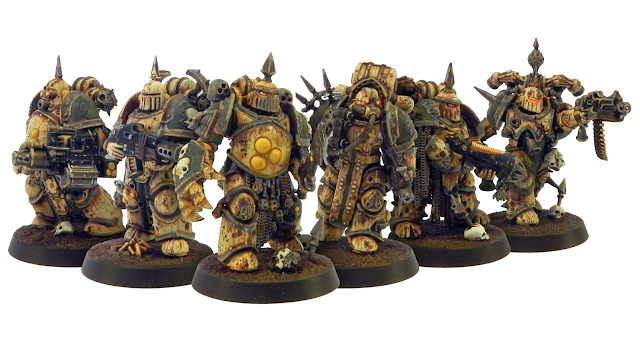 Hi everyone, it's Shvagyer again with another heretical Kill Team. Last time I showed you my World Eaters, but now it's time for some Nurgle worship. The main goals were:- leave no model unconverted
- get rid of all/almost all tentacles and weird growths that I associate with Slaanesh more so than Nurgle
- there is no such thing as 'too much weathering' :D
So as we look at each model, you will find that they differ slightly when compared to original ones from Dark Imperium and the Easy To Build/First Strike box. 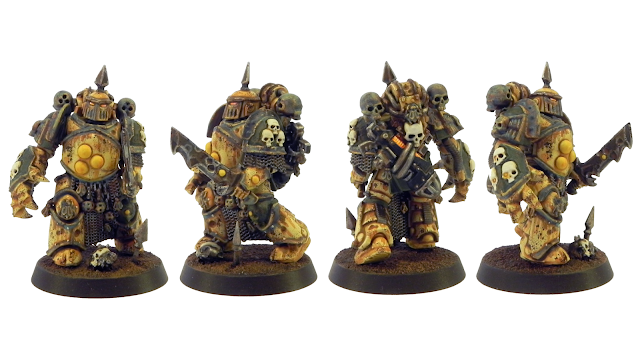 Let's start with the Plague Champion. I wasn't very happy with his head and the belly maw thing, so I got rid of those along with the hip and backpack tentacles. Replaced the head with a Mark III helmet (with an extra spikey bit) because that always works for Death Guard. He is the Kill Team's Leader Specialist of course. 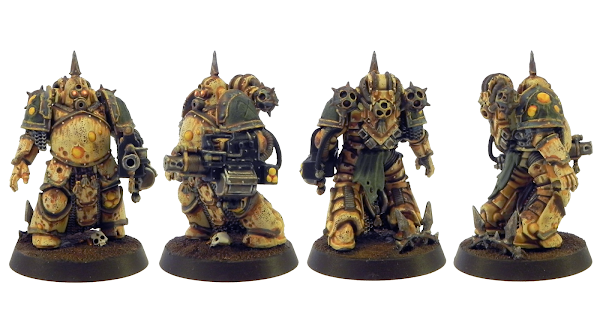 The Demolitions Specialist lays down heavy fire with his Blight Launcher. Replaced his right arm, cut away the mouth tentacle and fixed the legs. 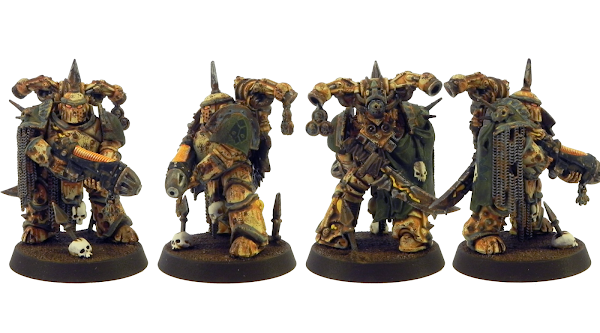 You need to reroll those 1s when firing a Plasma gun, so this Plague Marine Gunner is my Sniper Specialist. Removed tentacles, placed actual body/armour parts in their stead. 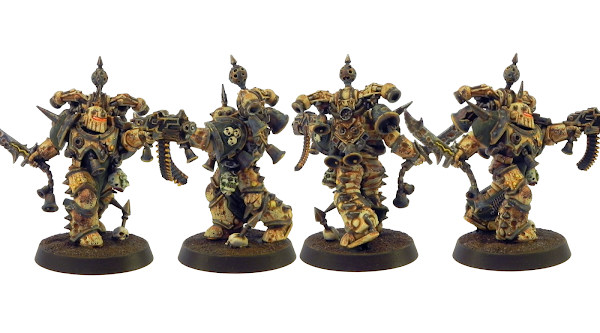 Actually not much to fix here, except for some tentacles and unwanted smoke effects. The thing on his backpack and all those bells count as the Icon of Despair and he's a Veteran Specialist. 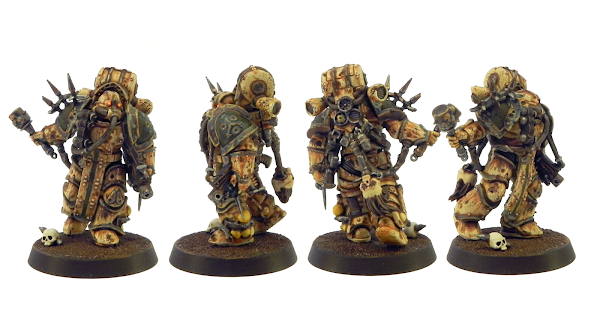 I like this sculpt. With a few tweaks here and there he might be my favorite Plague Marine out there. 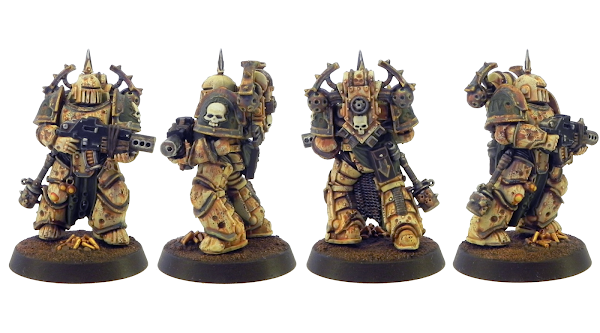 This Plague Marine did not require a lot converting either, just removing the horns on the pauldron and replacing the tentacle with an actual left arm (Mark III). Plus some smaller bits here and there.

In terms of colors used, these are Wraithbone spray, Skeleton Horde contrast, heavy Wraithbone drybrush followed by Castellan Green for all the green parts and Balthasar Gold -> Agrax Earthshade -> Liberator Gold for all gold parts. And then comes the weathering: streaks and recesses painted with watered down Skrag Brown and Agrax Earthshade, Nihilakh Oxide on all gold/brass parts, and Rhinox Hide applied with a sponge all over the models.

This project had been following me around since the release of those Death Guard sculpts in 2017 and this year in March I finally got around to doing it. Since then it has grown into a 1000+ point Death Guard army for 40k, but that is a story for another post. :)

As always thanks for looking and if you liked (or disliked) what you saw, please leave a comment and/or reaction below. You can find more of my stuff at https://www.instagram.com/lodzkiemanufactorum/